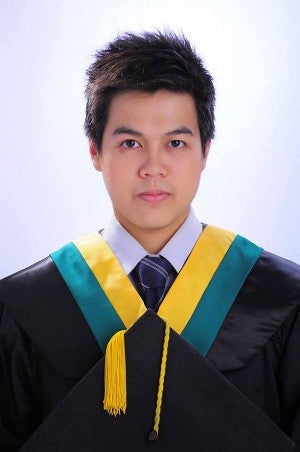 The Cebuano topnotcher of this year’s Physical Therapist Licensure Examination was an average student in Velez College who scored a passing 3.0 average in some of his subjects.

Kevin Delgado Velasco, a 22-year-old graduate of Bachelor of Science in Physical Therapy (BSPT) of Velez College topped the exams with an average of 86.95 in this month’s Physical Therapist Licensure Examination

He graduated at Velez College in March 2015. “I really did not expect this to happen,” Velasco said. He said he was informed by his teacher about the results and he checked the Professional Regulation Commission (PRC) website.

Velasco said he took a screenshot of the PRC result and uploaded the photo on his Facebook account with a photo caption “Whuttt.” The screenshot photo drew 436 likes as of 2:55 p.m