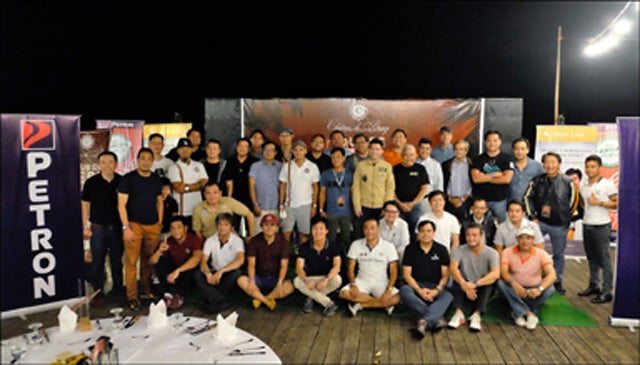 The much-awaited 2nd Tour de Cebu set the beginning of October in motion with elegance, heritage and beauty.
As the country’s only 1,000-km historic sports car rally, 26 participants blazed across Cebu and Negros from Oct. 3 to 5, highlighting scenic spots in the Visayas. 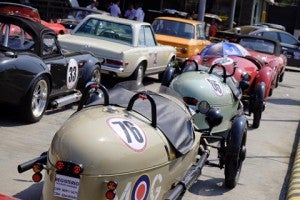 Classic sports cars get ready for their trip to Bacolod.
contributed photo/Erwin Lim

Kicking off Tour de Cebu 2015 was the Montebello Villa Hotel Concours d’Elegance last Oct. 2 to 3, presented by Cebu’s premier car club, Performance and Classics Enthusiasts Club (PACE), in celebration of its 10th anniversary.
Spread throughout  Montebello Villa Hotel’s vast expanse of lawn, 18 beautiful classic cars were showcased and voted upon by visitors and judges Andy Sta. Maria, former Chairman and Co-Founder of the MSCC and present chairman of the Ferrari Owners Club Philippines; Osamu Hasegawa, MSCC Officer and Director of Japan Classic Car Association; and Eddie Salonga, MSCC Chief Steward and Co-Founder of the Miata Club Philippines.
On Oct. 2, the winners were announced during the Great Gatsby-themed garden cocktail party. Jay Aldeguer’s 1964 Porsche 356C won best in show, as well as best in the historic category, which covers cars made in 1972 or before; while the post-historic category, which covers cars made in 1973 to 1989, saw a tie between Douglas Luym’s 1976 Lotus Esprit and Grand Benedicto’s 1987 Ferrari 328. The people’s choice award went to Kenneth Cobonpue’s 1955 Jaguar XK 140. 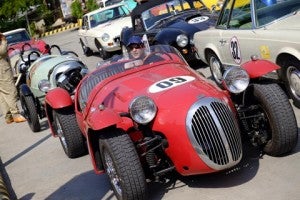 The Tour de Cebu, meanwhile, started in the morning of Oct. 3 at the Cebu Business Park. Cebu Vice Governor Agnes Magpale and Ms Cebu 2015 Wynonah Buot led the ceremonial flag off, sending off the first car, a 1971 Porsche 914/4, driven by Red Durano. Celebrities like Matteo Guidicelli and Dominic Ochoa, driving a Porsche Spyder and a 1969 MGB GT, respectively, joined in the fun as well.
Their first stop was in Moalboal, where they had lunch and refueled their cars. They then proceeded to the port of Santander, which led them to Sibulan, where they got back on the road and drove to Dumaguete for an overnight stay.
Converging at the famous Dumaguete Boulevard, the participants were given a warm welcome by Dumaguete’s local officials. While in Dumaguete, they visited Pepe’s Place Bayawan Boulevard, Kabankalan Government Center and Zaycoland. 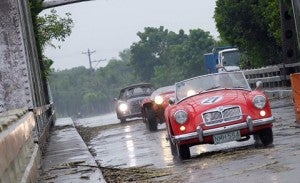 Rain or shine, the rally went on.
contributed photo/Erwin Lim

The next day, they drove to Bacolod, where they made another stopover at the Bacolod Capitol Lagoon and the San Carlos Government Center. After spending the night there, they were back on the  road for the return trip to Cebu City, and headed straight to Chateau de Busay for the awarding ceremony.
The winners were presented by Buot and rally organizer Pepon Marave of ProDynamix Management Inc. Overall grand champions were Christopher Yu and Dean Bernal, who were in a 1971 MGB. Mike Jo and his 1964 Karmann Ghia bagged the non-sports car category. Winning first place for the 4 cylinders and above category were Yong Larrazabal and Junjun So in a 1965 Shelby Cobra. For the 4-cylinder vehicles, first place went to Christopher Yu and Dean Bernal in a 1971 MGB. 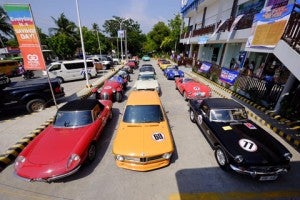