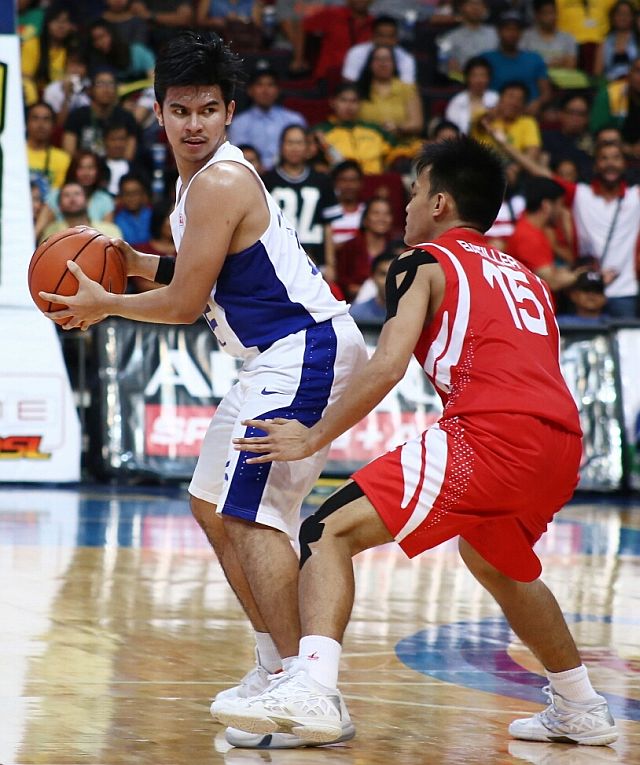 THE University of the East (UE) Red Warriors spoiled the Ateneo Blue Eagles’ bid for a top-two finish heading to the Final Four as they prevailed, 74-69, in the 78th UAAP men’s basketball tournament yesterday at the Mall of Asia Arena.
Veteran big man Chris Javier and Clark Derige anchored the Red Warriors telling 15-5 kick in the fourth period that gave them the win which kept their flickering bid for the semifinal round alive.
At 5-8 (win-loss), UE still needs a lot of help from both National University and La Salle which must lose their remaining games to give the Red Warriors a playoff for a spot in the Final Four.
Ateneo’s loss also meant that Far Eastern University will now claim the other twice-to-beat bonus in the Final Four.
Derige paced UE with 17 points and five rebounds while Javier added 13 and six boards.
The loss snapped the Blue Eagles’ four-game winning run as they finished the elims with a 9-5 card. “The Phenom” Kiefer Ravena led Ateneo with 28 points, four rebounds and four assists.

Read Next
Man with a Mission