Capitol turns over multicabs to barangays 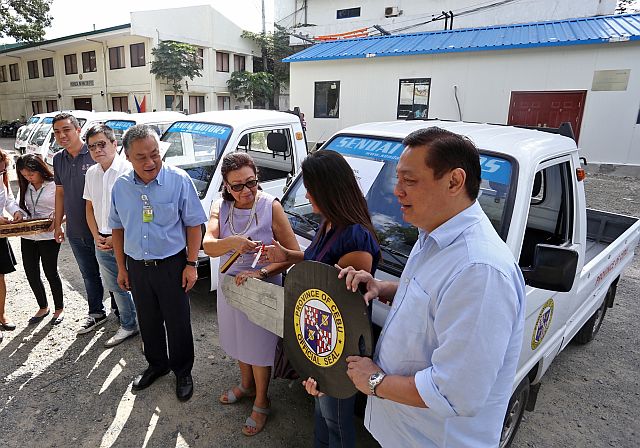 The Cebu Provincial government turned over eight multicabs to select barangays in the province.

Each unit costs P134,000. Barangays from Sibonga, Danao City, San Fernando, Talisay City, and Dalaguete were the recipients of the vehicles.

Magpale said Capitol has given 176 units of multicabs and ambulances before Davide’s first term ends.

“For almost three years, we already have given 176 units of multicabs and ambulances,” she said.

Magpale also said that every barangay needs mobility to function.

“So much is expected from our barangay captains, this is why we provide them with vehicles for their mobility,” she said.

Gov. Hilario Davide III said that there are still other pending requests for multicabs and ambulances.

He also said that it is a part of their program to give assistance to barangays who are far from the town proper.

Read Next
Obama calls on China to halt land reclamation