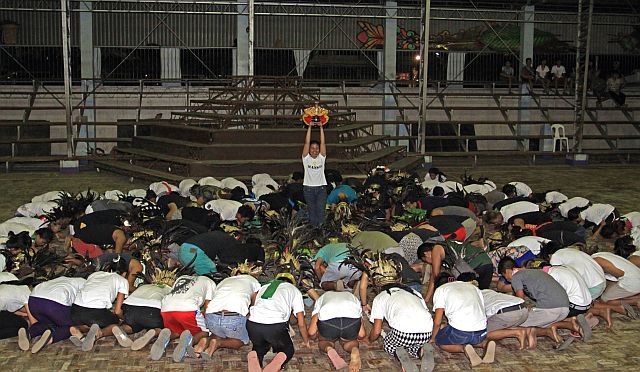 When they stomp  and swirl through Cebu City streets, amazing spectators with their dance moves in the Jan. 17 Sinulog Grand Parade, the Lumad Basakanon will be offering  a salute to a man no longer around to cheer them on.

This will be their first Sinulog without their founder and biggest supporter, barangay captain George Rama.

Rama, 67, died in January 26 last year due to complications from pneumonia.

But  members of Cebu City’s most-awarded Sinulog dance contingent say they still feel his presence and offer their performance to him, as well as the Sto. Nino.

She said his legacy remains – lessons of discipline and team spirit, the readiness to sacrifice for the group.

Nightly practices at the Don Vicente Rama Memorial School gym run from 9  p.m. to midnight. Sometimes  it stretches to 1 a.m. On Sundays, they practice all day.

“Right now, we are 75 percent complete with our presentation. Our props are being made but we still have to work overtime,” said barangay captain Norman Navarro, head choreographer, with his brother Dennis. 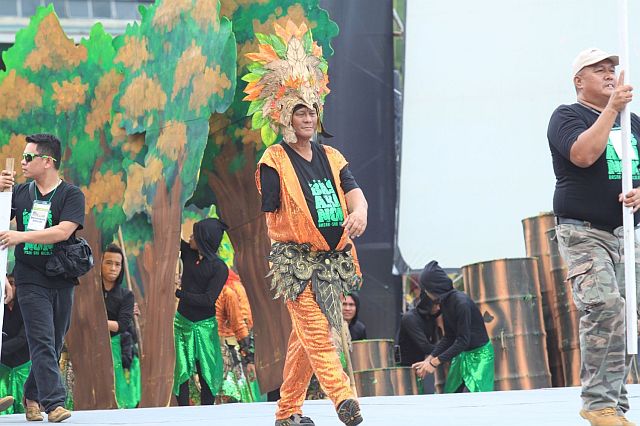 Cebu City’s proud team from barangay Basak San Nicolas is looking to hold on to its crown as champion of the street dancing competition of this year’s Sinulog Grand Parade for the third time.

Navarro said they are working double time due to a late start this year. Instead of starting  practice in August,   the group  started in November because  they were busy  performing  in major events in Cebu  like the Asia Pacific Economic Cooperation (APEC) meetings and the Batang Pinoy.

What will spectators expect this January?

The dance will feature the finding of the “lost” image of the Sto. Nino  by  Spaniards in 1565 in keeping with this year’s Sinulog theme of Cebu’s hosting of the 51st International Eucharistic Congress.

The story of the “kaplag” recalls the return of the Spanish  expedition to Cebu where soldiers  discovered the wooden image of the Holy Child unscathed in a box in the aftermath of a village fire.

“This year, the people can still expect something new,” said Navarro.

The choreography is complete and they’re confident they can still bag the championship title for the third straight year.

The Basakanons are known for their fast, well-synchronized dance steps, and for introducing new moves in the annual contest.  Contest judges in previous years  called them “’trailblazers”.

They spent one whole day rehearsing under the sun in an open area of the  South Road Properties so the dancers, especially the new ones, got a taste of actual conditions of the grand parade —  hot, bright and sweaty.

The group can assure top caliber dancing, but what the judges want to see will determine the ratings.

If judges focus on the dancing, “wala gyuy makabintaha namo” (we can’t be  matched.)

“Pero kung sa props, dili mi makalupig nila (But when it comes to props, we can’t compete . . Hopefully, we can realize our concept and all our designs for our props,” he said.

He was referring to out-of-town contingents which spend generously to produce large-scale, spectacular props and set designs.

The barangay’s budget of P800,000 to P1 million doesn’t afford that kind of logistics.

The group has 100 dancers, the maximum allowed number, and around 110 propsmen.

Two sets of costumes  will use bodysuits, the better for dancers to be comfortable and better able to execute fast  steps.

At rehearsals last Friday night, the barangay dance troupe was still working on the choreography. Propsmen practiced with old props in the gym. Dancers polished their steps and formations in an open space outside.

His brother Dennis is more hands on in teaching the proper execution of their steps with the assistance of around 20 dance masters who take active part in production meetings, giving their own ideas for the presentation.

“We are training them already,” Norman said of the dance masters.

The late Rama used to take care of logistics especially for practice sessions, so Navarro would focus on the dance presentation.

Now Navarro has to do both.

The task is less daunting because group members help each other, he said.

With Rama’s death, the group also lost an in-house critic.

“Nakuwangan nami (He left a void.)

“He would drop by practice session and tell us what looked good or needed improvement. He always had advice.

“Bisag di to kahibaw mosayaw, maayo kaayo to manaway. (Even if he didn’t know how to dance, he was good at giving  critiques.)

Read Next
‘I will dance for Him and the people’