No liquor, no parking along parade routes 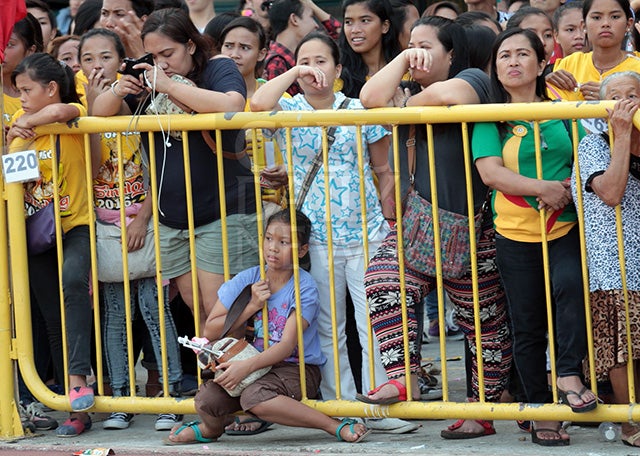 Tighter security will be in place for spectators of the Sinulog Grand Parade. (CDN PHOTO/JUNJIE MENDOZA)

BUSINESS establishments along the Sinulog route were reminded yesterday to follow security guidelines set by Cebu City Hall for the festivities this week.

Councilor Dave Tumulak, who heads the city’s Command Control Center (C3), said he met with representatives of businesses along Gen. Maxilom (Mango) Ave. yesterday morning to remind them of these guidelines.

He said they are prohibited from selling liquor and other alcoholic beverages along the parade route.

Paper or plastic cups will be used for soda and other non-alcoholic drinks, Tumulak said.

The councilor said they were okay with the prohibition.

“We will continue to meet with the other business establishments along the streets that are part of the carousel route,” Tumulak told reporters yesterday.

He said a task force will start conducting inspections as early as Thursday to check the compliance of businesses.

No parking zones will be enforced along the parade route as well as other major thoroughfares in the city.

Establishments will also be prohibited from placing chairs and tables in open areas or parking areas outside their premises to provide more space especially during emergencies.

Tumulak said 22 barangay firetrucks and 22 ambulances are stationed all over the city to respond to any emergency. He said they will also be monitoring the presence of helicopters and other aircrafts during the activities.

“We encourage the public to report aircraft that would go below 700 feet. Drones won’t also be allowed along the parade route unless they secure an exemption from City Hall.