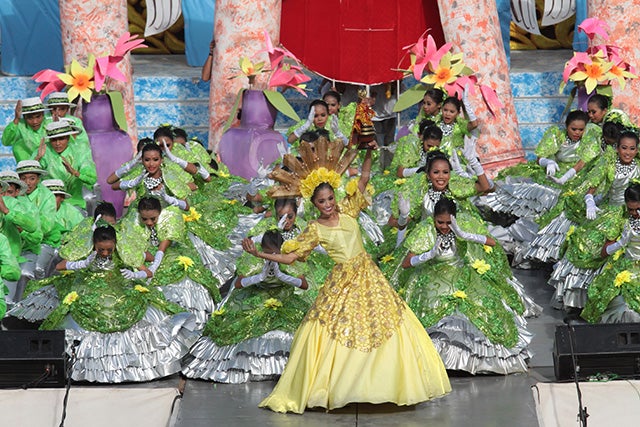 The school, which topped the Sinulog sa Kabataan sa Lalawigan last Saturday, are doubling their efforts and preparations, Betito said.

Betito said what made their victory last Saturday special was that they won even when their props were destroyed two days before the event.

“Most of the kids live in the upland barangays while others had to walk two hours crossing rivers and passing through cemeteries just to attend the practices,”  Betito said.

He said the group only had three weeks to prepare and practice for the competition.

They started their practice during the Christmas vacation.

“I’m proud of them. Even if they were beginners, they still won,” Betito said.

The group’s performance was inspired by the 51st International Eucharistic Congress. Students dressed as nuns and priests went on stage waving the flags of different nations.

Betito said Asturias residents also contributed to the contingent’s budget, with some giving fish, vegetables, chicken in lieu of cash.

Asturias Vice Mayor Joel Dumdum clarified in yesterday’s press conference that the P388,515 budget requested by the school contingent was not approved because there was no program of works or breakdown of expenses attached by the tourism office to the request letter.

Read Next
No liquor, no parking along parade routes