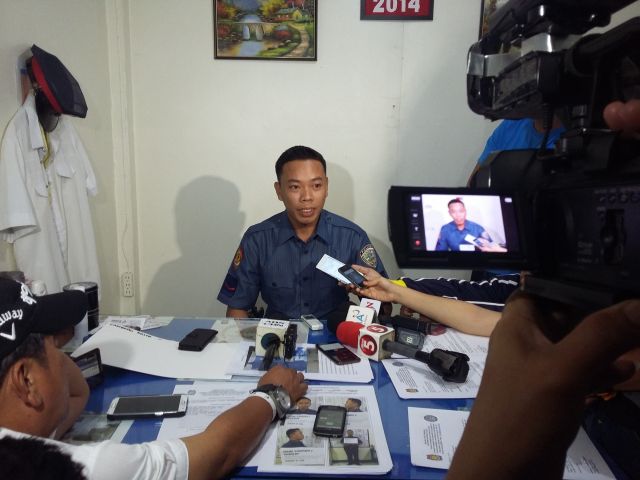 Multiple charges were filed in court against a man who was caught wearing a police uniform while carrying a replica of a 9mm caliber pistol in Barangay Mambaling, Cebu City last Sunday.

Dojie Canindo is facing charges for illegal use of uniform and insignia, illegal possession of a firearm and violation of the election gun ban.

Senior Supt. Marlon Tayaba, acting chief of the Criminal Investigation and Detection Group in Central Visayas, said the charge for usurpation of authority was downgraded to illegal use of uniform since Canindo did not use the uniform to perform official police function.

Police found out that Canindo was convicted for rape and was out on parole. He was released in 2013 after serving 10 years at the National Bilibid Prison.

The man was convicted for raping a five-year-old neighbor in Cebu City last 2003.

Chief Supt. Manuel Gaerlan, acting regional director of the Police Regional Office in Central Visayas, said an investigation would be made to find out why Toñing’s Clothier, a tailoring shop, allowed the release of a police uniform to a civilian.

“We can only regulate them, we accredit them, we give certain directives to these tailoring (shops). The most that we can do is recall accreditation,” said Gaerlan.

He said stores selling police supplies were directed to ask for an identification card from any individual who wanted to purchase a set of police uniform.

Rosabella Casabahan, 36, a Toñing Clothier employee,  told Cebu Daily News that they did not know that the man was not a police officer.

She admitted that they failed to ask for an identification card from Canindo.

Gaerlan said that although the uniform was easily purchased, the nameplate and the badge that have specific ID numbers could not be easily be given out.

“The mere wearing of uniform constitutes usurpation of authority, you are deceiving many people. We are very strict in enforcing (this law)  as (our uniform)  might be used by criminals and we have to protect our organization,” said Gaerlan.

The police official said claims that Canindo was mentally unstable was not enough grounds to dismissed the charges.

Gaerlan said it was up to the suspect to prove his claims in court.

Read Next
Security guard gunned down in Bulacao