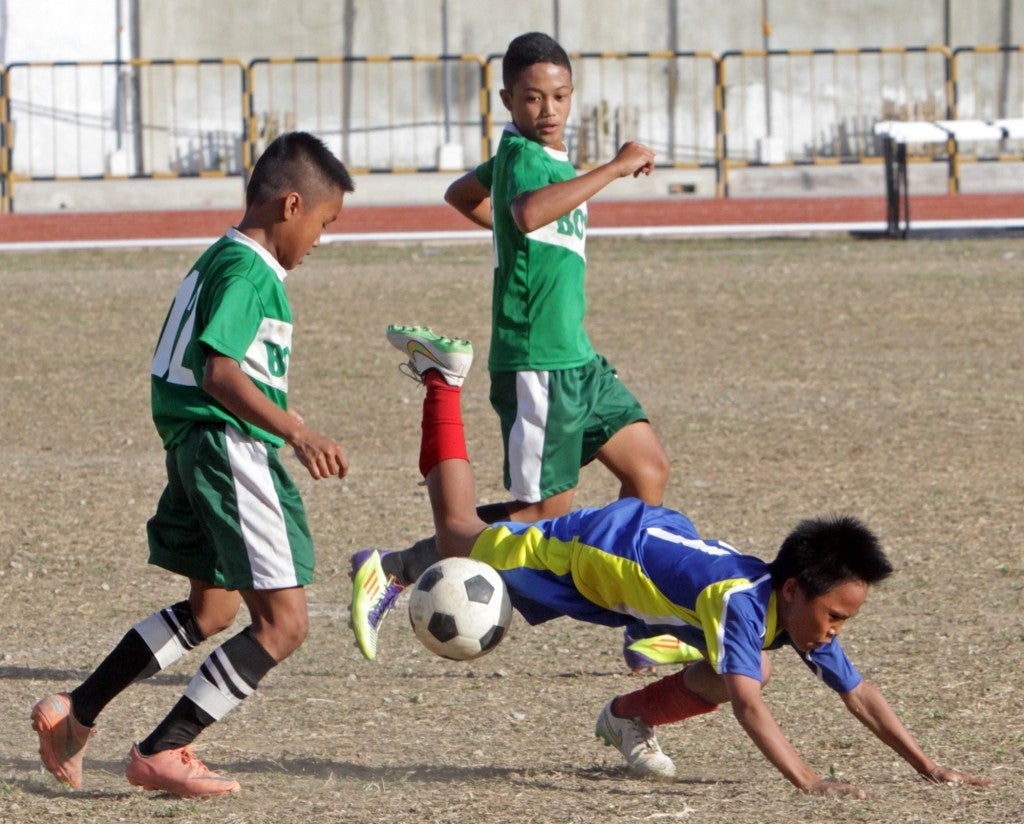 A Cebu Province booter trips in a game against Bohol Province at the Teodoro “Doring” Mendiola Sr. Sports Field and Oval at the City of Naga.
CDN PHOTO/LITO TECSON

City of Naga — Cebu City collected 35 more gold medals yesterday to virtually run away with its 24th-straight overall title in the Central Visayas Regional Athletic Association (CVIRAA) meet which will bring down the curtain today, here.

As of 5 p.m. yesterday, the Niños collected 197 medals including 89 golds, 57 silvers and 51 bronzes in the official tally released by the Department of Education (DepEd).

Mandaue City is poised to retain its runner-up finish after jumping from third to second spot with 118 medals (43 golds, 37 silvers, 38 bronzes) while erstwhile leader Bohol Province, dropped to third with 125 medals (35-30-60). 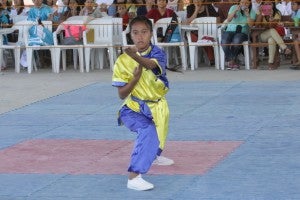 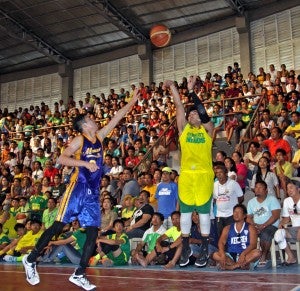 The Niños are eyeing more gold medals today after marching to the championship rounds in basketball and football set early today.

In football, Cebu City and Bohol Province will play for the gold medal at 7 a.m. while the Niños elementary booters will face Mandaue City in the final.

The meet’s final medal tally will be announced before the closing ceremonies set for 2:30 p.m. at the spanking-new  Teodoro Mendiola Sr. Sports Field and Oval. Thirteen divisions competed in this year’s CVIRAA whose winners will represent the region in the Palarong Pambansa this April in Albay.