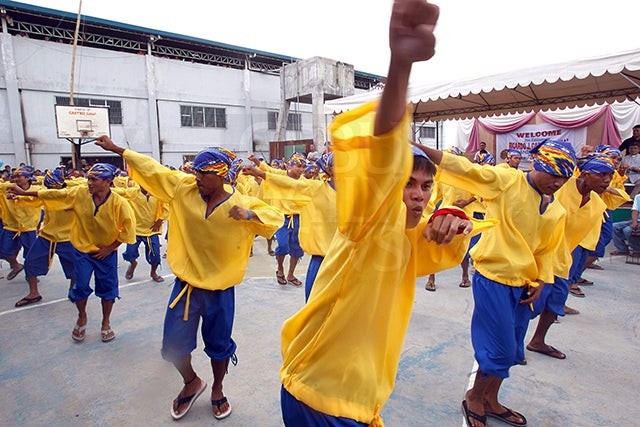 BBRC inmates perform at the jail’s basketball court to celebrate the construction of their new chapel in this October 2008 photo. (CDN FILE PHOTO)

TO ADDRESS the perennial problem of congestion in the Cebu City jail in Barangay Kalunasan, the Bureau of Jail Management and Penology  (BJMP) will build a high rise building for the inmates.

The Cebu City jail, which is also called The Bagong Buhay Rehabilitation Center, has a capacity of 400 inmates, but it is holding 2,717 inmates at present, said Chief Supt. Allan Iral, BJMP regional director during an interview yesterday.

“Actually the national government had already given P2 billion to the BJMP. The region will receive around P178 million for the construction of a high rise building to address the congestion especially in the male dormitory,” said Iral.

Supt. Johnson Calub, Cebu City jail warden, said most inmates at the jail were awaiting the resolution of their cases.

Calub said an inmate spends an average of three years inside the jail while waiting for his or her case to be resolved.

Iral said the ideal space for each inmate is supposed to be 4.7 sq.m., but at present, that jail space is being shared by five inmates, especially in the jail’s male dormitory.

Read Next
1 hurt in road accidents