Your dog’s bite can land you in court 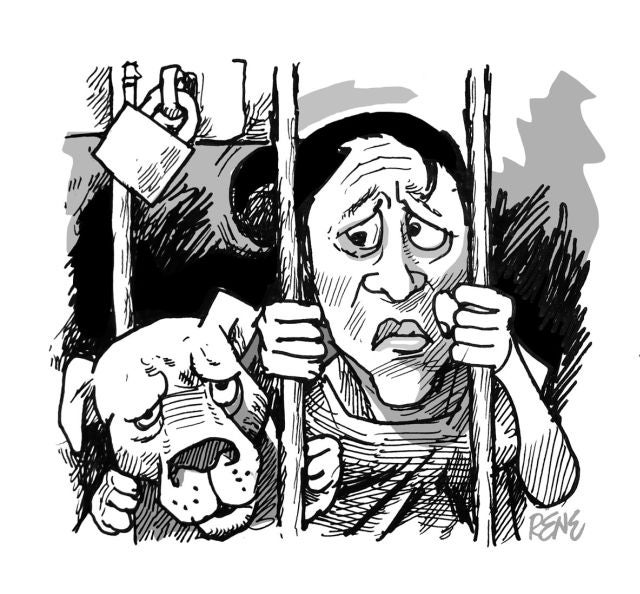 THE CRIME  of the pet dog is also the crime of the owner.

Gloria Ortiz, 60, found this out when she was charged with violating Republic Act 9482 or the Anti-Rabies Act of 2007 when she refused to pay for the  treatment of the person bitten by her dog.

Cebu City Assistant Prosecutor Aida Sanchez, on Tuesday, said they found  sufficient basis to indict Ortiz, as her refusal to bear the medical expenses resulting from the act of her dog was a criminal transgression.

The complainant,  Edna Alesna, 46, claimed that the incident happened on Aug. 9, 2015  while she was in the house of her cousin in Barangay Kalunasan, Cebu City.

She and Ortiz, her cousin’s neighbor, were engaged in a heated argument  over an  unspecified issue.

While the women quarreled, Alesna said Ortiz’ dog suddenly attacked and bit her.

Alesna said Ortiz refused to pay for her medical expenses and even challenged her to prove that it was the latter’s dog that bit her.

Ortiz also claimed that she had no reason to pay for the treatment since Alesna was treated for free at the city government-run Animal Bite Center.

But Sanchez, in her resolution, said Ortiz should have assisted Alesna since it was her dog that bit the complainant.

“The least that the respondent (Ortiz) could have done was to aid the complainant-victim in getting medical treatment, instead of refusing to acknowledge her liability,” she said.

Under the law, a pet owner whose dog has bitten another person has an obligation to the victim. If found guilty of negligence, the accused can face a jail term of up to six years.

Read Next
Capitol Site demolition to push through today