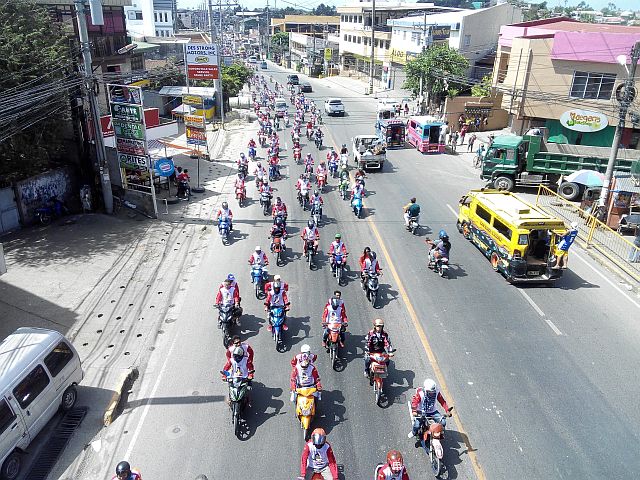 A day-long motorcade kicks off the campaign trail of Mandaue mayoral candidate Lolypop Ouano-Dizon and her slate. (CDN PHOTO/NORMAN MENDOZA)

A WHOLE-day motorcade kicked off the campaign of mayoralty aspirant Lolypop Ouano-Dizon, culminating in a rally in the evening.

She was accompanied by her slate and One Cebu candidates led by gubernatorial aspirant Winston Garcia and his running mate Nerissa Soon-Ruiz.

Toward the afternoon, the motorcade made its rounds of the barangays in the southern part of Mandaue City.

One Cebu candidate Jonkie Ouano, who is running for Provincial Board member, and lawyer Victor Maambong also joined the motorcade.

There were times when traffic stood at a standstill, but mostly it was still flowing, especially that it was a Sunday and there were fewer vehicles in the streets.

Around 700 motorcycles and more than 200 four-wheeled vehicles joined the whole-day motorcade which passed through all the major thoroughfares and some remote portions of the 27 barangays of the city.

Some supporters who were waiting for the motorcade to pass by prepared fireworks, banners, tarps, balloons and confetti. There were supporters carrying flaglets and posters of presidential aspirant Rodrigo Duterte, who is now being endorsed by One Cebu. 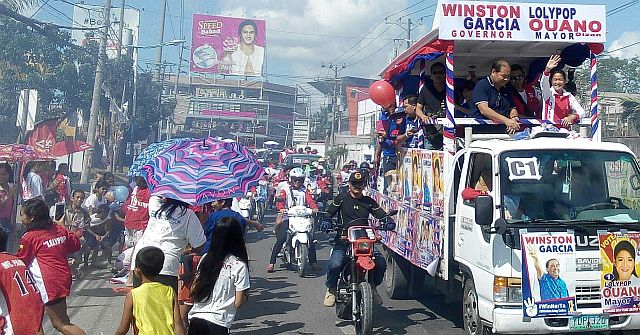 Ouano-Dizon said that she and her party will support whoever One Cebu party would endorse “for the sake of unity.”

Jean Poro, 50, a staunch supporter of Ouano-Dizon, said she volunteered to join the motorcade and provided gasoline and food out of her own pocket.

The motorcade culminated with a rally at the Opao gymnasium.

“I never expected that we would have this numerous supporters greeting us in the streets,” said Ouano-Dizon.