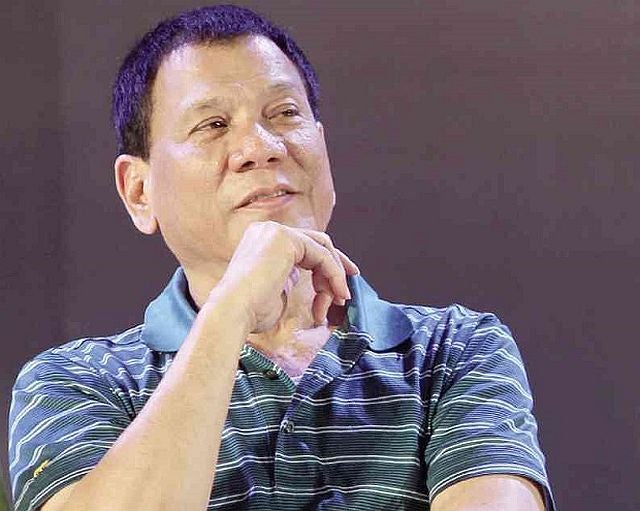 Whether the Garcia-led One Cebu can keep its promise to deliver a one million-vote difference for presidential aspirant Davao City Mayor Rodrigo Duterte in Cebu is still subject to debate,  critics of the local party said.

And even if Duterte will get one million votes in Cebu, the same could not be credited to One Cebu, according to former Cebu City Mayor Tomas Osmeña and Cebu Gov. Hilario Davide III.

Duterte, even without One Cebu, has been gaining support among the Cebuanos and has an edge over all other presidential aspirants because he is a Bisaya who has roots in Danao City, said Osmeña, who is running for the mayoral seat under Bando Osmeña-Pundok Kauswagan (BO-PK), which is allied with LP.

What is clear is that Duterte is now a political force to reckon with in Cebu, and the popularity of Duterte’s presidential bid has created difficulty for all the other aspirants — Vice President Jejomar Binay (United Nationalist Alliance), Sen. Grace Poe and administration standard-bearer Mar Roxas (Liberal Party) — to push their campaign in Cebu, Osmeña added.

“The Cebuanos want another Cebuano president. This is the Cebuano sentiment. When Lito ( Emilio Osmeña) ran for president in 1998, Erap (former President Joseph Estrada) only got 10 percent of the votes in Cebu,” he said.

Osmeña  said One Cebu’s endorsement of Duterte is mutually beneficial to them because One Cebu and Duterte both have efficient organizations.  But if Duterte gets one million votes in Cebu, it is certainly not because of One Cebu gubernatorial candidate Winston Garcia.

“Winston does not have a command vote. He does not have votes, period,” Osmeña said.
Osmeña said Garcia has the money and the soldiers to run a campaign and is hoping that by endorsing Duterte, he would get a windfall of the pro-Duterte sentiment.

Davide, in a phone interview with CDN last night,  called Garcia liar for claiming that One Cebu could bring in one million votes for Duterte.

Davide said that this is impossible considering that the whole province of Cebu only has a voting population of  1.9 million excluding the cities of Cebu and Lapu-Lapu.

“Sa ato pa, ang one million ana iyang madala? (In other words, one million of that votes he can bring in?)”  the governor said.

Davide remains confident that the rise in Duterte’s popularity in Cebu will not affect the LP’s chances in the coming polls.

“We remain strong in working for the victory of Mar and Leni (Robredo),”  he said.

“We were warmly received when we got off the bus to meet with  the people.  We can really see the sincerity of Cebuanos.  It was very inspiring.  Makapanlimbawot gyud sa balhibo (I got goosebumps).”

But Osmeña admitted that while he supports the LP candidate,  he would not force his followers to back him.

“I am not forcing the voters to vote for Mar; I am forcing them (to vote) for myself,” he added.

But Osmeña said that amid Duterte’s seeming unstoppable rise in popularity, he still believed that Roxas should be the choice of Cebuanos.

“I credit him for the (rise of the) call center (industry in Cebu) and our visions run along the same lines,” Osmeña said.

With One Cebu’s support, Duterte is now assured of votes from three out of eight congressional districts in the province: second, third and fourth districts. But even in the other districts, Duterte also has strong following along its local political leaders.

The fifth district will go for  Poe after the local party Bakud led by the Duranos endorsed her presidential bid.  However, fifth district Rep. Ace Durano, Poe’s campaign manager, admitted that Duterte has a natural advantage in Cebu, being a Bisaya who traced his roots in Danao City, the Duranos’ own hometown.

“Mayor Digong (Duterte) really has a natural advantage here in Cebu. For me, even if he doesn’t campaign here in Cebu, he will do well,” Durano said in text message to CDN when sought to respond to One Cebu’s decision to back Duterte.

But Durano said that Poe’s base support in Cebu is also growing and as far as Bakud is concerned, it “is all out campaigning hard both for Sen(ator) Grace and Sen(ator) Chiz (Escudero).

While Bakud backs Poe, some of their local slates were, however, previously quoted to be quietly campaigning for Duterte.

Cebu City Mayor Michael Rama also said that with One Cebu’s formal pledge of support for Duterte,  they will have to campaign harder in Cebu for Vice President Jejomar Binay, the presidential candidate of the United Nationalist Alliance (UNA) who, only a month ago, was backed by One Cebu.

Rama acknowledged that with the latest development, the race between Duterte, Binay, Sen. Grace Poe and administration candidate Mar Roxas  is “getting very exciting” in the province.

“It will be challenging for Poe, Duterte, Binay and Roxas. Poe has a political group (Bakud), Duterte may end up with a political group (One Cebu), Roxas has the group of my opponent (Bando Osmeña-Pundok Kauswagan), and I am for my president (Binay),” he told reporters in a press conference yesterday.

Since One Cebu decided to sever ties with UNA, Rama has been optimistic in trying to get back the support of the Garcias. But with the recent development, he said he no longer sees any reason to start talking with Garcia for now.

Aside from Team Rama, Toledo City Mayor John Henry “Sonny” Osmea has also declared his support for Binay even if the mayor has openly embraced Duterte as a family friend and even allowed his own slate to back Duterte.

Osmeña, who hosted Duterte’s campaign in the city on Saturday that drew over 20,000 people, even predicted that the latter would handily win in Cebu.

Rama, who is UNA’s regional coordinator for Visayas, responded to Osmeña’s projection by saying,  “Only he knows what he’s doing. He’s old enough to know the consequences of what he’s doing.”

Rama said he will continue to be loyal to Binay and that Team Rama would now campaign for the UNA standard bearer in the province.

“But ask me about my support for Binay, I will never talk about others. Because when you ask me, I can’t imagine myself na namamangka sa dalawang ilog (being a two-timer). As far as I’m concerned, my conviction is I’ll stick to one,” said Rama.

Roxas is being carried by the Gullas-led Alayon in the first congressional district of Cebu but the LP standard bearer also lost former allies in the district, such as reelectionist Mayor Johnny de los Reyes, who now backs Duterte.

Key leaders in the sixth and seventh districts have also committed to Roxas.  But Mayor Adelino Sitoy of Cordova town, which belongs to the sixth district, is supporting Duterte.

Also among those who threw support to Duterte  was former Cebu Governor Emilio “Lito” Osmeña.

Winston’s one million promise
“Cebuanos would do for Duterte what it did for 2004,” boasted One Cebu gubernatorial candidate Winston Garcia in a statement yesterday, apparently referring to the one million winning margin that the Cebuanos gave to Gloria Macapagal-Arroyo when she clinched the presidency in the 2004 elections.

Cebu city and province have a combined voting population of 2.7 million — the largest number of electorate in the country.

Pete Lavina, Duterte’s spokesperson, said they now expected to win not just in Cebu but in the rest of the Cebuano-speaking areas in the Visayas and northern Mindanao where Cebu’s influence extends.

“This confirms speculations that many LGUs (local government units) will switch side as Duterte gains more support throughout the country and take the lead in the presidential race,” he said in a separate statement.

Lavina was, however, silent when asked if Duterte would support the gubernatorial bid of Garcia.

Maribojoc Mayor  Leoncio Evasco Jr., Duterte’s campaign manager, said by phone yesterday that they welcomed One Cebu’s decision to back Duterte, but they have yet to decide if they would support Garcia’s bid  for governor.

When asked, “Kanus-a nimo ituboy si Winston?” (When are you going to endorse Winston?), Duterte, who was campaigning in Ubay town in Bohol yesterday, responded: “When I have (the) time.”

Duterte, after emerging from his 30-minute closed-door meeting with Garcia and his group at Sugbutel Hotel  on Saturday night, posed for a photo with the One Cebu slate but did not raise the hand of Garcia, explaining that nothing was final yet as he was still going to consult the leaders of his party, Partido Demokratiko Pilipino-Lakas ng Bayan (PDP-Laban),  including Aquilino “Nene” Pimentel Jr. and his son, Sen. Aquilino Pimentel III.

But even those from One Cebu’s camp said that their decision to support Duterte was not conditioned on whether or not Duterte would also endorse the One Cebu slate, although they hoped it would come soon.

“Kabahan na kayo (My rivals should get scared),” Duterte was quoted as saying after he was informed of One Cebu’s decision to back him.
According to Garcia, it “became a logical and clear stand for One Cebu to support one of its own, and a Bisaya for president.”

Garcia said One Cebu’s platform, ideals and vision are in perfect sync with the platform of Duterte and running mate, Sen. Alan Cayetano, especially on infrastructure.

Read Next
The day they all stood to welcome their VIP