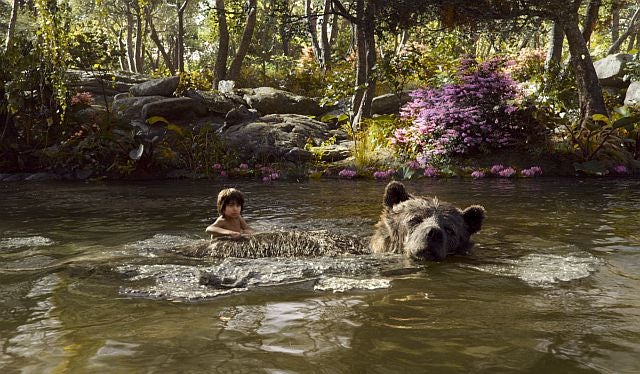 DISNEY has brought back the timeless classic, “The Jungle Book,” but this time instead of animation, it is a marvelous live action remake.

As the story goes, raised by a family of wolves since birth, Mowgli (played by newcomer Neel Sethi) must leave the only home he’s ever known when the fearsome tiger Shere Khan (voiced by Idris Elba) unleashes his mighty roar; ready to crow down on young Mowgli like a fried chicken wing.

This version of “The Jungle Book” is more CGI fantasy than then 1967 ink and pen animation version as all animals talk, have emotions and we are along for the walk, run, sprint and swinging from vine to vine.

As he makes his way as a bridge between the animal world and his growing humanity, Mowgli is guided every step by a stern panther (voiced by Sir Ben Kingsley) and a free-spirited bear (voiced by Bill Murray).

Along the way, the young man/child meets an array of jungle animals, including a slithery female python, Kaa, voiced by the ever luscious Scarlett Johansson. Her verbal seduction of Mowgli is good enough to pay full price of admission.

Johansson could sweet talk the cape off of Superman as she squeezes him to death. She’s that good.

Throughout his jungle journey into manhood, Mowgli learns many valuable life lessons. 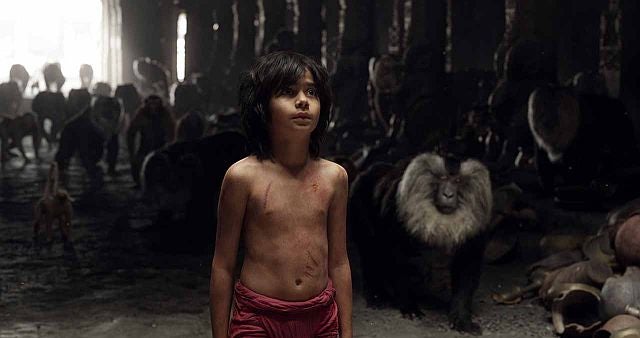 Neel Sethi as Mowgli in a scene from “The Jungle Book”

It’s an epic journey of self-discovery that is just so much fun!

Rudyard Kipling with the emphasis on the mythical—hence the talking animals like the great Christopher Walken voicing the ape “King Louie.”

Kudos for screenwriter Justin Marks for also staying true to the Kipling story.

The visual effects are nothing less than jaw dropping–clearly on the level of 2013’s Academy Award winning Gravity.

In an era of really awful films that we the movie public has been assaulted in watching, “The Jungle Book” is perfectly tailored for the entire family—anyone over the age of 2 that is. Because this is a “non-animated” Disney movie, baring the moving mouths of all of the animals, it would hardly keep the interest of my two-year-old twins—Nicholas and Antoinette.

That being said, except for minor perilous “danger” for young Mowgli, “The Jungle Book” is superb entertainment.

Special kudos need to also go out to the director Favreau for taking on this remake as Disney’s cartoon Jungle Book still has musical numbers (“I want to walk like you, talk like you”) that still resounds over the decades. 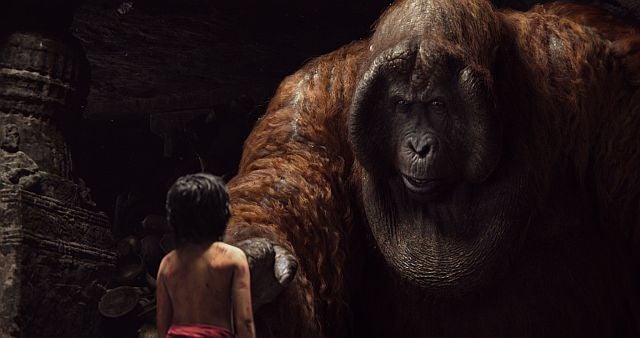 Thankfully none of the animals in this version burst out into song.

I’d also like to give credit to the lush filming from cinematographer Bill Pope (“The Matrix”) who really brings this jungle world (although clearly filmed in a studio with a green screen background) into magnificence life and breath. The Disney sound editing department also deserves a special shout out.

When Mowgli is in a deserted temple with King Louie, you can hear every slow drop of water and every “crunch” of a dead leaf.

“The Jungle Book” could not have come at better time.

It is marvelous film just a tad short of two hours but enough “meat” to keep any of the jungle creatures in your family more than satisfied.

Neel Sethi is a name to remember. He was “found” in an open casting call that had more than 2,000 aspiring young actors and he is amazing. Sethi is youthful, energetic and innocent rolled into one strong acting package.

Let’s hope he will be around for a long time to come.