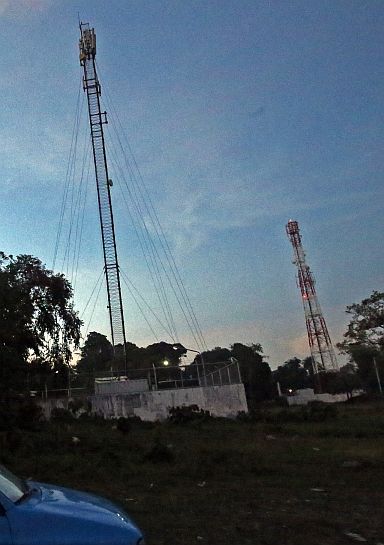 The Cebu City Council has ordered the shutdown of the Globe Telecom cell site in Barangay Apas. The firm, however, is looking at building more cell sites in Cebu. (CDN FILE PHOTO)

A top official of Globe Telecom, Inc. has called on the government to harmonize regulations imposed by local government units for the development of cell sites.

Emmanuel Estrada, senior vice president for Network Technologies Strategy, said the tedious process of getting various permits for the construction of a cell site has hampered infrastructure build-up for the telecommunications sector.

He noted that the requirements vary from one local government unit (LGU) to another.

Estrada said the regulatory environment is the “biggest detriment preventing telecommunication operators like Globe from improving cell site density,” which is vital in improving data connectivity.

The lack of cell sites in the country is one of the reasons for the slow Internet, Estrada said.  Other factors are the high cost of ownership, Philippine topography, lack of Internet protocol (IP) peering, and low capacity to pay Internet subscribers.

Globe currently operates 7,500 cell sites across the country and intends to increase the number to 20,000 by 2020.

“Cebu is one of the more problematic areas for Globe in terms of building cell sites. Globe endeavors to build a digital nation, but we cannot achieve our goal of providing faster data service while enhancing accessibility in an environment that hinders rather than enables telcos like Globe to build the necessary infrastructure as quickly and as cost efficiently as possible,” Estrada said in a statement.

To put up a cell site, Estrada said an average of 25 permits are needed. These include an environmental clearance certificate (ECC), zoning clearance, height clearance, homeowners’ association permit, and occupancy permit.  The process usually takes at least eight months, he added.

According to Estrada, a city or municipal resolution is required before any building permit can be issued to the applicant in some areas.

Regulatory fees also vary among LGUs and even among government agencies, Estrada said.

In Cebu, Estrada said they were expanding their network coverage and capacity across all technologies, including 3G and LTE.