Councilor has no plans yet to push for coal plant approval 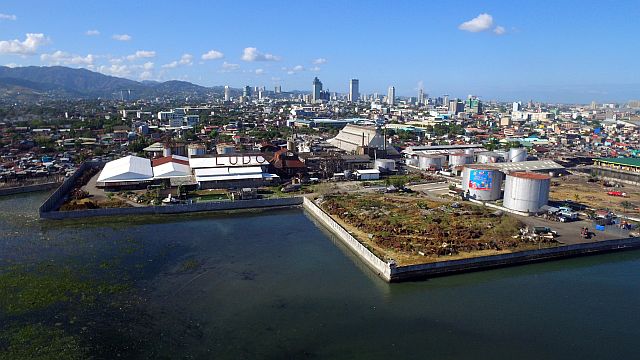 LPROJECT SITE: A 300-megawatt coal plant is proposed to be built on the Ludo & Luym Corp. property in Barangay Sawang Calero. The project has hit a snag, with the Cebu City Council refusing to endorse it. (CDN PHOTO/FERDINAND EDRALIN)

He may be convinced of the need to build another power plant in Cebu City, but Councilor Noel Wenceslao said he had no plans to re-file his motion to endorse the proposed Ludo coal-fired thermal power plant in Barangay Sawang Calero.

“I haven’t thought of that. They have the right to re-file, maybe by the time they address the report. But for me, there is really a need for additional power supply in the next three to five years because of the rate of development in the city,” Wenceslao said.

For now, he said proponent Ludo Power Corp. (LPC) has two options: address the lack of social acceptability and environmental impact assessment study, or look for another project site.

Citing the lack of social acceptability, the Cebu City Council decided on Wednesday not to endorse Ludo’s proposal to build a 300-megawatt coal plant on its property within the densely populated barangay of Sawang Calero. The 12-hectare Ludo property comprises about half of the entire barangay.

Ludo spokesman Nelson Yuvallos has declined to comment or issue any statement.

Councilor Nida Cabrera, who heads the committee on environment, said power-generating companies should look at renewable energy instead.

“Let’s look for alternatives because there are already existing coal plants, we don’t have to add up. If it can’t be done because we really need more power, maybe we should not have it within the city (residential area) but somewhere far,” Cabrera said.

Several residents have opposed the project, saying the pollution that would be caused by such a facility would endanger their health.

A shelter for mentally and physically disabled kids, manned by the Missionaries of the Poor, as well as the Sawang Calero Elementary School are located right next to the Ludo property.

Cabrera said the environment committee, which rendered the report against the proposed power plant, would amend its report only if Ludo secures social acceptability for the project and addresses other concerns.

Keeshia Salazar, 23, said she and other residents opposing the project welcomed the council’s decision.

“This struggle started out with ignorance, but the more people became informed of the issue, the more empowered and assertive of their rights they became,” she told Cebu Daily News in a text message.

“We celebrate for our community’s victory which is also a victory for Cebu. But the fight is not over. I can only hope that this inspires others to make a collective stand against coal or any issue for that matter,” added Salazar, a former barangay council member.

Melanie Ng, president of the Cebu Chamber of Commerce and Industry, said Ludo will just have to comply with the requirements.