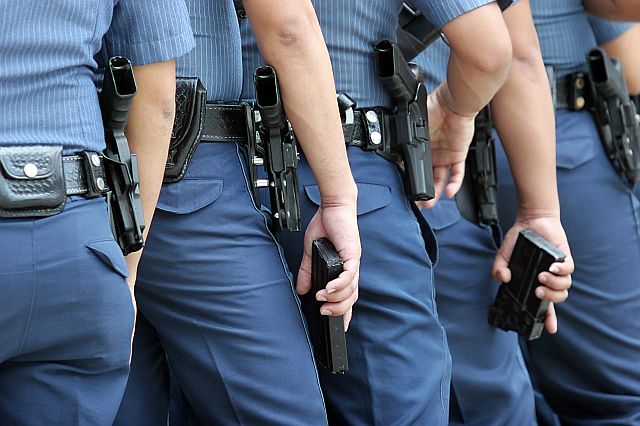 As vote-counting machines (VCMs) are being delivered to local government units in Cebu province for this Monday’s national elections, police officers in Cebu towns and cities are also being deployed to augment the security forces in Cebu,  Bohol and Siquijor provinces.

They will conduct checkpoints and chokepoints to preempt any untoward incident.

The teams were deployed in  towns which have huge voting population and are near or part of the election watchlist areas (EWAS).

These include San Fernando for Cebu’s first district, Santander and Dumanjug for the second district, Tuburan and Balamban for the third district and Bogo City for the fourth district.

For Cebu province, areas identified as EWAS  include Bogo City and towns of Carmen, and Daanbantayan.

Senior Supt. Rey Lyndon Lawas, deputy regional director for operations of the Police Regional Office Central Visayas (PRO-7), said that 1,591 police officers will be dispatched in the whole Central Visayas to provide security on May 9.

Jose Nick Mendros, Commission on Elections in Central Visayas (Comelec-7) director, said the first batch of the 4,066  VCMs  delivered to Cebu have been distributed to the towns in Poro, Pilar, San Francisco and Tudela in Camotes Island; Sta. Fe, Bantayan and Madridejos in Bantayan Island; and the towns of Carmen and Catmon and the city of Danao — all in the northern part of Cebu.

Mendros said there are still 3,627 VCMs that are yet to be delivered today since the final testing and sealing of these VCMs is scheduled on Friday.

He said that the boxes containing the VCMs can only be opened during the testing and sealing scheduled on May 5 and 6.

He added that during the testing and sealing, only the Board of Election Inspectors (BEIs) are allowed to open the boxes.

Ferdinand Gujilde, Mandaue election officer, said that they are also expecting to receive the 272 VCMs for 58 polling precincts in the city.