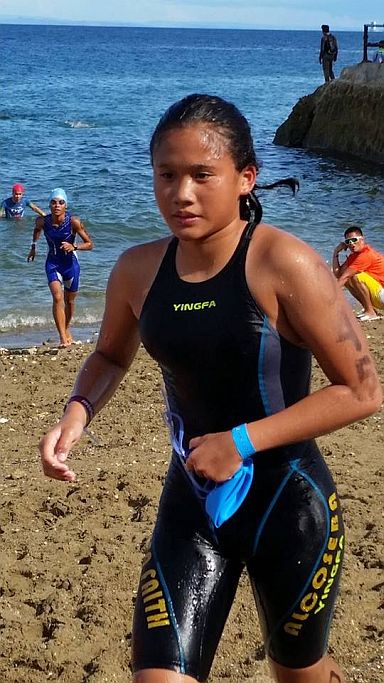 Remolino, a fresh recruit of the country’s developmental team for triathlon, finished the race in one hour, 13 minutes and 11 seconds to defeat multi-titled triathlete Paul Jumamil.

The 13-year-old Alcoseba, on the other hand, reached the finish line in 1:32.20, besting Karen Andrea Manayon and Cianyl Jamae Gonzales, who managed second and third with 1:37.49 and 1:43.24, respectively.

The solid performances earned Alcoseba and Remolino P10,000 each.