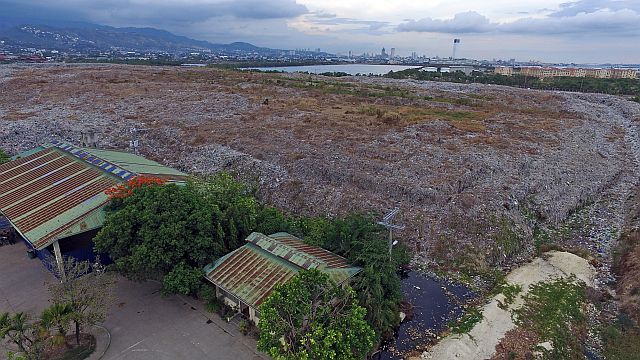 The Inayawan Sanitary Landfill was closed down in 2012 by the Department of Environment and Natural Resources. Incoming Mayor Tomas Osmeña wants it reopened to provide a temporary solution to city’s garbage problem. (CDN PHOTO/TONEE DESPOJO)

The Cebu City government is spending way too much for its garbage disposal at the landfill in Barangay Polog, Consolacion.

Moreover, according to incoming mayor Tomas Osmeña, the contract between the city government and the private landfill owner Asian Energy Systems Corp. did not undergo public bidding and was in fact questioned by the Commission on Audit last year.

During this period, the city’s garbage trucks directly dumped the garbage in the Consolacion sanitary landfill. The cost does not include gasoline expense and manpower, which the city shoulders separately.

“Under the existing system, garbage trucks from the South go to the property of Lotlot (Ignacio Soon) in Inayawan and there is this hauler who will haul it to Consolacion at P15,000 for 10 tons or P1,500 per ton. That is outrageous,” Osmeña said.

Because of this Osmeña wants to reopen the old Inayawan landfill as a temporary measure to ease the problem of garbage disposal.

The Inayawan sanitary landfill was closed down in 2012 by the Department of Environment and Natural Resources (DENR) 7 because with the volume of garbage dumped there, it became an open dumpsite, which is illegal under R.A. 9003 or the Solid Waste Management Act. It had exceeded its capacity as a sanitary landfill

He also said as the Inayawan landfill is an approved landfill, he does not see its renewed use as a violation.

“Exceeded capacity? I don’t know about that. Is there is such a thing as exceeding the capacity? You actually weigh the garbage. You mean yesterday it is not exceeding. Today it is exceeding. That’s how it works?” Osmeña said.

Osmeña said reopening the Inayawan Sanitary Landfill will enable the city to save money as it will spend only for the fuel of the garbage trucks if the Inayawan landfill reopens.

“The trucks are going to consume 13 liters and now we are paying P15,000. Somebody is making a lot of money,” Osmeña said.