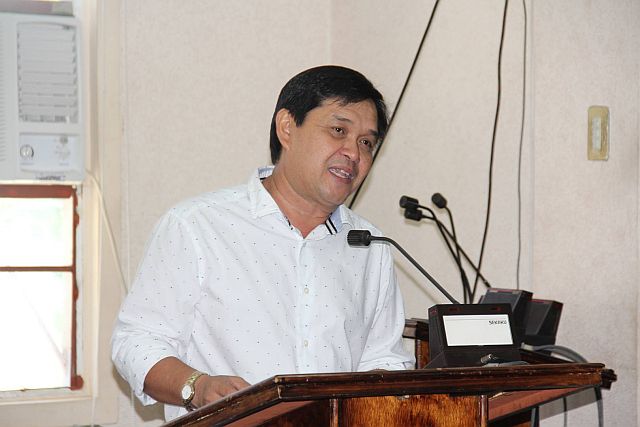 The Office of the Ombudsman has charged reelected Mayor Ronald Allan Cesante of Dalaguete town, southern Cebu with graft and conflict of interest for allegedly allowing his wife free use of four public market stalls in the town. Cesante lost his appeal asking the Ombudsman to reconsider its decision to indict him. Ombudsman Conchita Carpio Morales announced on Tuesday that she affirmed her decision to indict Cesante.

Cesante, who is now under suspension over the same case, would also have to continue serving the remaining of his nine-month suspension even if he was reelected into office, according to Department of Interior and Local Government Central Visayas (DILG 7) director Rene Burdeos.

This meant that Cesante, who began serving his suspension last April, would not be able to assume as mayor until January next year, Burdeos added.

Morales, on the other hand, stood by their finding that Cesante’s wife, Joana, had been using the commercial space since 2004 without any contract or rental payment. Cesante reportedly signed the lease contracts in favor of his wife in 2007 without the approval of the town council. Morales said the Anti-Graft and Corrupt Practices Act bars government officials from having financial or material interests in transactions that they approve.

The Ombudsman had slapped Cesante with a nine-month suspension in November last year over the same case. But the suspension order was not served until April, or a month before the May 9 elections. The case was filed by losing mayoral candidate Ildebrando Almagro in 2012.

Almagro, in his complaint, claimed that on June 25, 2007, Cesante entered into a contract of lease with his wife as lessee over the four commercial spaces at the Dalaguete Commercial Center without approval from the Sangguniang Bayan. Cesante, reached for comment, said he was yet to receive a copy of the latest decision from the Ombudsman.

He said he was also still waiting for the response of the Court of Appeals (CA) on his petition for review on the nine-month suspension imposed on him by the Office of the Ombudsman.

“In the CA, we have a petition for review of the suspension. We’ll wait for the order of the OMB,” Cesante said in a text message to Cebu Daily News.

Cesante and Vice Mayor Jeffrey Belciña, now the town’s acting mayor, were both reelected in the last elections under the Liberal Party.

But Cesante would continue to serve the remaining months of his suspension even into his new term.

“It will continue. The Ombudsman’s latest decision has no effect on the suspension. The administrative case is different from the criminal case,” Burdeos told CDN in a phone interview yesterday.

By July 1, on the start of the new term of the elected officials, Burdeos said Cesante would just take his oath of office as a “ceremonial” activity.

Right after taking his oath, Burdeos said Cesante would need to continue serving the remaining months of his suspension, which means he could only begin to sit as mayor on Jan. 17, 2017.

Belciña will be acting mayor until then “by operation of law,” while the first councilor will be the acting vice mayor, Burdeos added.

Read Next
Slain evangelist mistaken for a government informant