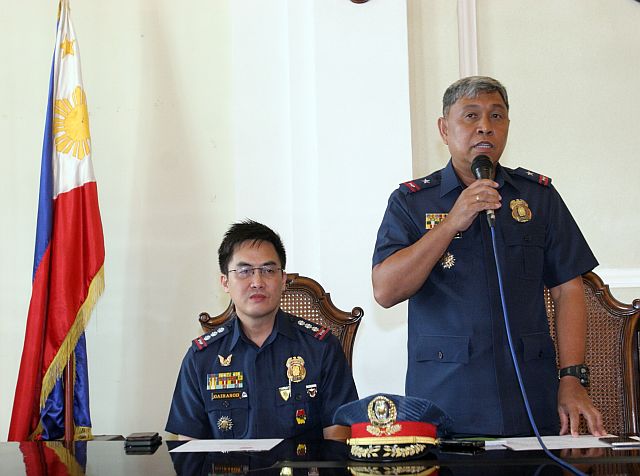 Two weeks after the anti-illegal drug raid in Banacon Island, the Central Visayas police chief is trying to assure residents in the island of their safety and is seeking their cooperation in the fight against illegal drugs.

Police Regional Office (PRO) 7 Director Patrocinio Comendador Jr., who visited the Banacon island on Thursday, said they will not let go of the island after police killed suspected drug lord, Rowen “Yawa” Secretaria and two of his alleged cohorts — Dario Torremocha and John Jason Montes — last May 28 in the island.

Based on their investigation, Comendador said Banacon Island, which has a population of about a thousand, was dominated by Secretaria for a decade.

Some residents in the place were reportedly engaged in illegal drugs and even protected the group of Secretaria, who provided for their basic needs.

A police detachment has already been set up on the island.

Operatives of the Regional Public Safety Battalion (RPSB) were also sent to Banacon Island to ensure peace and order.

“Our purpose is for residents to no longer fear armed men. They should not live in fear,” Comendador said.

The islet, which is a 20-minute boat ride away from Getafe town, didn’t have a police station. The nearest police station is in Getafe.

“We need to let them understand about which is right and wrong. We solicited cooperation from them to continue our campaign against illegal drugs,” he told reporters yesterday.

Comendador said the residents were at first anxious and afraid at the seminar but when we spoke with them their apprehension disappeared.