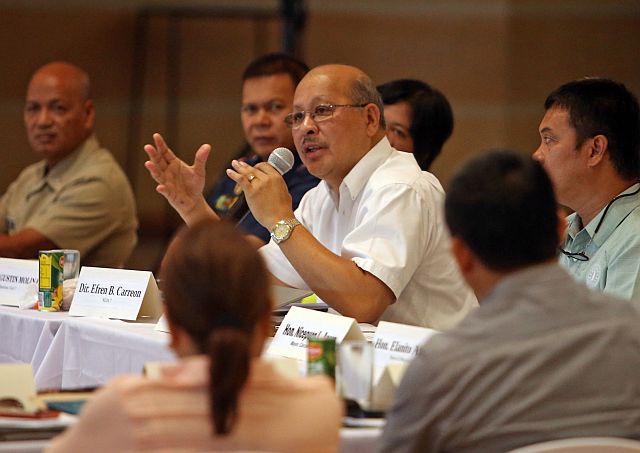 Positive developments in visitor arrivals, information technology and business process management (IT-BPM) sector and four other economic indicators will continue to make Central Visayas one of the fastest growing regions in the country today.

Carreon’s optimistic assessment was based on data by the National Economic and Development Authority in Central Visayas (NEDA-7) for the first quarter of 2016, which shows promising growth compared to figures during the same period in 2015.

“There are six indicators that show positive performance including visitor arrivals, the retail trade sector, investments, IT-BPM (information technology and business process management) industry, employment figures and prices of basic and other commodities,” he said.

Exports and agriculture production and fisheries, however, did not perform very well.

Carreon said the region saw a 7.2-percent increase in both domestic and foreign arrivals during the first semester of this year compared to the same period last year, from 1.059 million in 2015 to 1.14 million in 2016.

Siquijor province registered the highest growth with 64.3 percent, logging 21,756 tourist arrivals in 2016 while it had only welcomed 13,244 in the previous year.

“This is a positive indication that Siquijor is now becoming a major tourist destination, not only in the region but in the whole country,” said Carreon.

He noted that RDC-7 supported the growth of the tourism industry in the province by endorsing infrastructure projects such as port development, the construction of a new passenger terminal as well as the expansion and upgrading of the Siquijor airport.

Cebu welcomed 938,887 visitors in the first quarter of this year and 887,999 in the same period last year, registering a 5.7-percent increase in arrivals.

“This will then bring more developments that will benefit the people in this part of the country,” he said.

The director said the retail trade sector is also performing very well, with big malls having recently opened in the region indicating the confidence of investors in the capacity of people in Central Visayas to spend.

“Based on the figures that we were able to gather, remittances from foreign regions coming in Central Visayas is estimated at around P2 billion every month. Our IT-BPM industry is also employing a little over 100,00 workers, which translates to more than P2 billion a month as well,” he explained.

This, he added, partly explains the increasing capacity of people in the region to buy or acquire goods and services.

Meanwhile, Carreon said the Board of Investments (BOI) reported P7.5 billion in investment pledges registered in the region for the first quarter of 2016. An additional P144 million was recorded for an existing housing project.

In terms of investments in BPOs inside special economic zones, Carreon said there was a recorded 19-percent increase.

“This is quite high. We expect new employment opportunities to be created and increase in sales revenues in the coming months and years,” he said.
This increase in investments, he said, affirms the result of business expectation surveys that show businesses in the region remain very optimistic.

Foreign trade, on the other hand, showed a weakening of export with a double-digit decline in the region primarily because of the weakening of the global market.

Carreon said the region generated P1.2 billion in exports in the first quarter of 2015 and only P1.022 billion in the same period this year, registering a decrease of 15.6 percent.

Imports, however, rose from P611.79 million in the first quarter of last year to P812.68 milliion this year.

While the director admitted having more imports than exports indicate that the economy is not performing very well, he pointed out that these imports were raw materials used and processed to produce both export and domestic products.

The growth of the economy also had a positive impact on the labor market, Carreon said, with the positive economic performance of the region now being translated to an increase in the employment rate.

The regional employment rate went up to 94.4 percent from 93.6 percent which, Carreon admitted that although it is not so big, means more employment opportunities are being created.

Carreon said this was significant because the underemployment rate in the last two years was estimated at 24 percent and that it indicates the quality of work generated in the local economy.