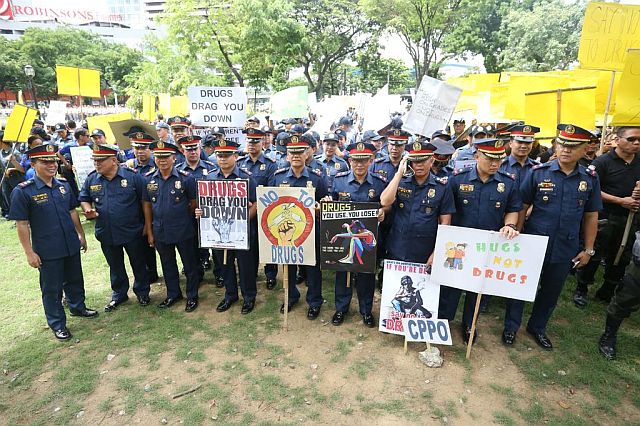 In line with the annual observance of Crime Prevention Month and the 21st anniversary of the PNP Police Community Relations, PRO 7 staged a rally against illegal drugs at Fuente Osmeña Circle Monday morning.

Hundreds of police officers from different police offices in Central Visayas held placards calling for an end to the consumption of illegal drugs and warning people on the penalties to be imposed on its possession, use, sale and distribution.

Medellin surrendered to the Pardo police precinct after his children appealed to him to discontinue indulging in drug use.

Senior Supt. Patrocinio Comendador, Police Regional Office chief, said the rally dramatizes their determination to stamp out illegal drug use and distibution in the region.

Comendador said they will intensify their campaign and will not offer protection to suspected drug lords./UP Cebu Intern Patrick Gattoc