‘CCMC will be completed’ 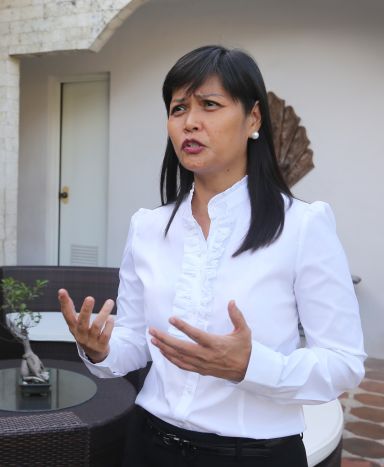 DESPITE having no building permit and other deficiencies, the Cebu City Medical Center (CCMC) will be completed, Councilor Mary Ann delos Santos said yesterday.

In yesterday’s press conference, delos Santos said the suspension of works for the CCMC is temporary as the city government settles the lapses committed by the administration of outgoing mayor Michael Rama.

“Once the lapses will be corrected, the CCMC project will continue without any violation being committed in order not to waste government time, effort and money,” she said.

Cebu City Acting Mayor Margot Osmeña ordered the suspension of construction work on the new CCMC last June 19 after it was found out that the building has no building permits.

However, the resumption of works on the project is not known yet after the Office of the Building Official (OBO) found more deficiencies.

OBO head Engr. Josefa Ylanan said the building has no mechanical and electrical plans. It also has no barangay clearance.

Ylanan said they identified two options to resolve the problem of the CCMC’s encroachment on another lot.

One is to remove the nine columns of the hospital that encroached on the lot.

The other option is to widen the road on the other side that will affect the Bureau of Fire Protection’s (BFP-7) compound.

“Without the widening we will only have a one-meter sidewalk,” Ylanan said.

Read Next
Nine houses demolished but settlers are staying put