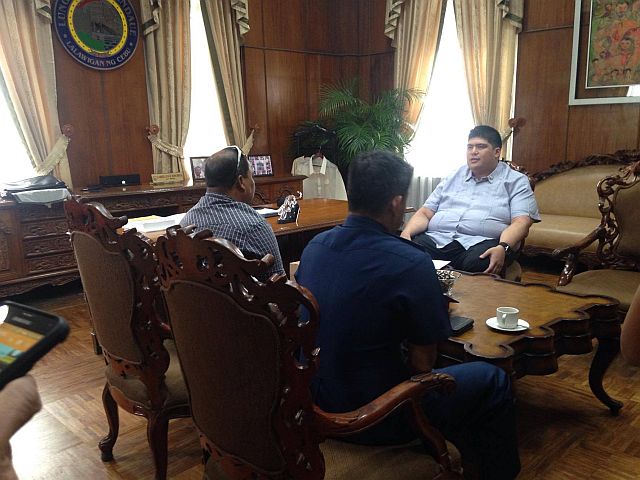 On his first day as Mandaue City mayor, Gabriel Luis “Luigi” Quisumbing met with Traffic Enforcement Agency of Mandaue (TEAM) and Mandaue City Police Office (MCPO) chiefs as first step to achieve the changes he has set for the city.

Quisumbing called TEAM chief of operations Glenn Antigua and MCPO chief Senior Supt.Jonathan Cabal for a meeting in his office to give his marching order on the issue of traffic and the city’s combat against illegal drugs and criminality.

According to Antigua, the mayor instructed them to strictly implement traffic rules especially the loading and unloading of Public Utility Jeepneys (PUJs) throughout the city.

While for MCPO, Cabal said that the mayor ordered him to clean up their ranks before they go after those who are into illegal drugs.

Quisumbing took his oath of office on Thursday and said during his press conference that they are going to immediately work on solving some of the city’s key problems which includes traffic problem, illegal drugs, criminality and waste management.

Read Next
PRO 7 to have new director Monday