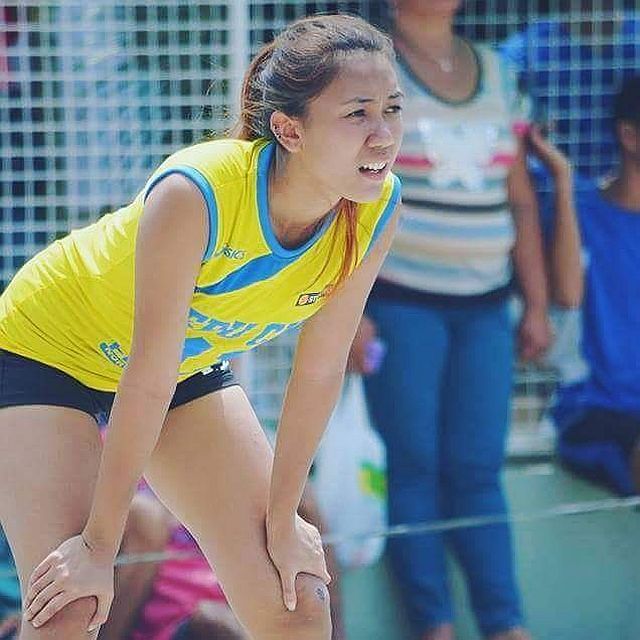 Another Cebuana spiker takes talents to the UAAP

She gave up her volleyball career to focus on her studies but Cebuana spiker Marianne Calinawan couldn’t resist competing on the volleyball court — especially when there’s a chance to do it in the University Athletic Association of the Philippines (UAAP).

The 18-year-old Calinawan, the former team captain of the Southwestern University (SWU) girls’ team, looks to revive her stellar career when she takes her talents to UAAP’s Far Eastern University (FEU) after a year of absence in the sport.

But Calinawan, the Talisay Cebu-native who helped SWU win the 2013 girls’ title in the Cesafi, won’t be able to play for the Lady Tamaraws this season yet as she needs to serve a one-year residency period as per UAAP rules.

Still, Calinawan is excited to get back on the hardcourt and feels she can adjust better and faster with FEU.

“I chose FEU because I already know some of the players in the team, so I feel it will only take a little bit of adjustment [to fit in],” Calinawan said.

After her stint with SWU, Calinawan transferred to the University of San Carlos to take up Bachelor of Science in Entrepreneurship. But she didn’t play for their varsity team to focus on her education.

She said after graduating from high school, she actually received multiple offers to play for teams up north such as the College of Saint Benilde and the University of Perpetual Help System Dalta. But she turned them down.

“I was supposed to go to Saint Benilde ot Perpetual Help, but my father didn’t allow me to go to Manila at that time,” Calinawan said.

But she couldn’t stay away from the game she loved, which led to her to the decision to play again. Ironically, it was her father who encouraged her to return to playing competitive volleyball.

Calinawan has had a colorful career so far as a volleyball player. Aside from being the team captain for the Cesafi juniors champion SWU in 2013, she was also team captain for Colegio del Santo Niño in her elementary years.

Calinawan is just one of many spikers from Cebu who have decided to play in Manila. The others include Floremel Rodriguez (UPHDS), Canciano “Abai” Llenos (Ateneo) sisters Ella and Lorene Grace Toring, Regina Grace Jurado (UST) and Catmon’s Khy Cepada, Maxim Estay and Abe Pono (UST).

Read Next
Gerry Peñalosa to hold boxing event in Makati