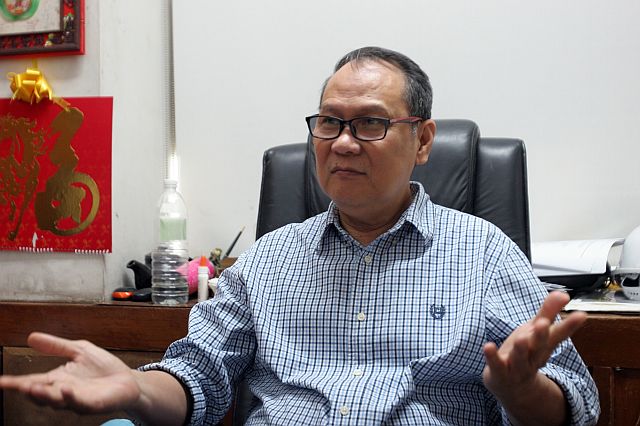 TWO days after announcing that it would start to validate the tax returns of controversial retired general Vicente Loot and all those with the name of “Peter Lim” in Cebu to check on their possible undeclared properties or income, the Bureau of Internal Revenue in Central Visayas (BIR-13) suspended its plan on Thursday for fear that this might be viewed as a form of harassment.

“We’re not conducting any investigation (on Lim and Loot). We have to wait for instructions from our central office,” Lawyer Neri Yu, BIR-13 Division chief legal officer told Cebu Daily News yesterday.

Earlier this week, Yu said that BIR Regional Director Herminio Pelamine had sent out an instruction to validate the tax returns of Loot and all those with the name of “Peter Lim” in Cebu in the wake of an exposé by President Rodrigo Duterte linking Loot and a certain“Peter Lim” to the illegal drug trade.

However, Yu said yesterday that because of a July 1 memorandum issued by newly installed BIR Commissioner Caesar Dulay, BIR can no longer conduct an audit nor check on the “Book of Accounts” and other records of Lim and Loot as Dulay repealed all the new rules that his predecessor Kim Henares issued last month and suspended ongoing audits on taxpayers.

“We cannot evaluate, audit or ask for the accounting records of anyone. If we conduct any audit on Lim and Loot, the BIR can be cited for harassment.

For now, we have no authority to do that,” Yu explained.

He added that all that BIR regional office can do is to gather all the tax returns of the two Cebuanos in case the BIR central office in Manila would have need for them after President Duterte’s exposé.

In Revenue Memorandum Circular No. 70-2016, Dulay suspended until further notice “all field audit and other field operations of the BIR relative to examinations and verifications of taxpayers’ books of accounts, records and other transactions.”

As such, Dulay said no field audit, field operations or any form of business visitation in execution of letters of authority/audit notices, letter notices or mission orders should be conducted.

Yu said they had started to look into Lim and Loot’s income tax returns that contain declared financial statements, businesses and assets, but it was difficult for BIR-13 to determine any illegal transactions that may have been entered into by the two.

Investigating Loot and Lim, Yu said, would mean requiring them to answer in case there are discrepancies in their tax returns.

“That’s what due process is about. But then again, if these two gentlemen will ask us where our Letter of Authority (to conduct an investigation or audit is), we don’t have anything to present. We can’t confront them for lack of authority to conduct a probe,” Yu explained.
Loot, now the mayor of Daanbantayan in northern Cebu, was among the five generals named by President Rodrigo Duterte as “illegal drug protectors.”

The president also identified a certain Peter Lim as one of three big-time drug lords operating in the country particularly in the Visayas.