Labella should not represent Cebu City in Mega Cebu: Tom 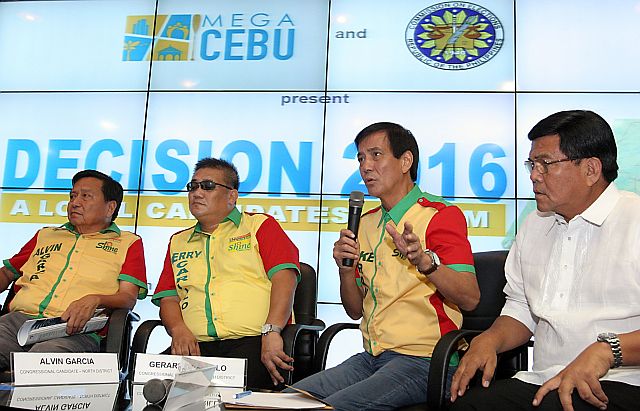 There will be no representation of Cebu City in meetings involving Mega Cebu, Cebu City Mayor Tomas Osmeña said yesterday.

The mayor reiterated this after former Cebu City mayor Michael Rama asked the Metro Cebu Development and Coordinating Board (MCDCB) to invite Vice Mayor Edgar Labella during their quarterly meetings on the Mega Cebu project.

Osmeña said while Labella attending meetings of MCDCB is not tantamount to usurpation, the vice mayor will cross the line if he does so by representing Cebu City.

“Because he is not Cebu City and Cebu City is not part of Mega Cebu,” Osmeña said.

Mayor Osmeña said even if the City Council grants him authority, the city is represented by both the mayor and vice mayor.

According to its mission statement, Mega Cebu envisions to establish by 2050 “a vibrant, equitable, sustainable, and competitive environment that embraces Cebu’s creativity and its cultural, historical and natural resources, with strong citizen participation and responsive governance.”

Evelyn Nacario-Castro, executive director of the Eduardo Aboitiz Development Studies Center of the Ramon Aboitiz Foundation Inc., said the matter still needs to be taken up by the executive committee.

One of the proposals of Mega Cebu is to create a Mega Cebu Development Authority (MCDA) that will cover seven cities, six towns and Cebu province along with the seven private sector groups and 20 national government agencies.

Cebu City is one of the signatories of the agreement which formed the MCDCB in 2011 and Rama attended its meetings during his term as Cebu City mayor.

Osmeña said the people behind Mega Cebu had supported Rama for six years, and nothing came out of it.

“I have a wonderful way of describing them: together nothing happened,” Mayor Osmeña said./USJ-R Intern Dafne N. Wenceslao