DILG to look into Tom’s order on co-mayors 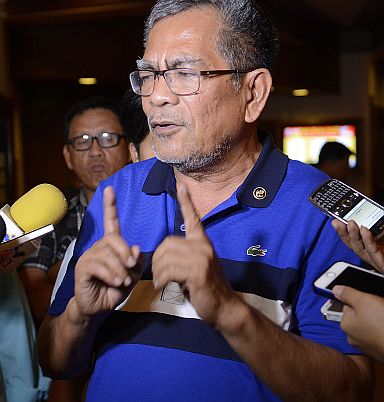 The Department of Interior and Local Government (DILG) will look into Cebu City Vice Mayor Edgardo Labella’s concern over Mayor Tomas Osmeña’s order appointing a co-mayor in the city while he is on vacation.

Labella said having two acting mayors in a city will create confusion among city government employees and the public.

“That problem has not come to our attention yet. But if they raise that up to us, we will decide. Ihatag lang sa amo (Just give it to us). We will take action on it immediately,” Interior and Local Government Secretary Ismael Sueño said.

Sueño said under the Local Government Code, the vice mayor should assume as acting mayor once the mayor is on leave.

He said he will look into it once the request reaches his office.

Sueño also mentioned about meeting with Mayor Osmeña to also discuss the city government’s support to the police.

“We hope maayos namo ning problema kang (we can fix this problem with) Mayor Tomas Osmeña. Kay syempre giilisdan iyang city director so medyo nangluod (Of course, because his city director was replaced, he got upset). Magkaila man ming Mayor Tommy. Basin ma-patch up nato (Mayor Tommy and I know each other. Maybe we can still patch things up),” Sueño said.

Labella said section 46 of the Local Government Code stated clearly that the vice mayor will take over as acting mayor once the mayor is on leave for official business or vacation.

He said the Local Government Code also stipulated that the local chief executive cannot authorize any local official as acting mayor other than his or her vice mayor.

Labella’s assistant Atty. Mary Rose Salvatierra asked the DILG to render a legal opinion on Osmeña’s order in order to see whether or not it is contrary to the Local Government Code.

Osmeña and his wife Councilor Margot Osmeña were scheduled to arrive in Cebu City last night from Japan.

They will leave again for Texas in the US for the mayor’s annual checkup.

“Because I was told that only in Cebu City that such a situation where there are two acting mayors designated and the other one is not even elected by the people,” Labella said.

He said it would have been better if the mayor issued a memorandum to this effect but added that it is unnecessary.

Read Next
Samsam presents thesis on LRT project for review