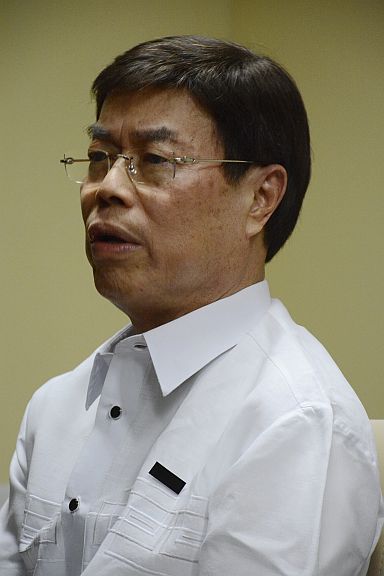 NATIONAL Bureau of Investigation (NBI) spokesperson Ferdinand Lavin on Tuesday said Peter Lim deferred their request for him to undergo a drug test.

“His lawyer (Ramon Esguerra) told us that his client has deferred our request,” he said in a media interview.

Lavin is on a quandary as to what Lim meant with the word “defer.”

Lim’s Cebuano lawyer Pedro Leslie Salva said he had no idea about NBI’s request since Esguerra, a Manila-based lawyer, was taking care of the investigation.

“Is there really a need for it? That’s not the issue here. He’s not accused of being a drug addict or user,” he told CDN over the phone.

Lim appeared before the NBI in Manila last July 21 in compliance with the advice of President Rodrigo Duterte to subject himself to a probe to clear his name amid insinuations that he was one of the three big-time drug lords in the country.

He said his family’s life is in danger because of all these wrongful allegations.

Lim, 69, was the same person that the House of Representatives Committee on Dangerous Drugs investigated in 2001 for the same allegations.

But the committee found no sufficient evidence to prove the accusations.

The NBI recently formed a special task force that would focus on Lim’s case.

Joel Tovera, head of the Bureau’s Anti-Illegal Drugs Division, is on top of the investigation.

Read Next
Police have pictures of Zhou’s alleged Filipino contacts