Due process urged, not vigilante-style killings 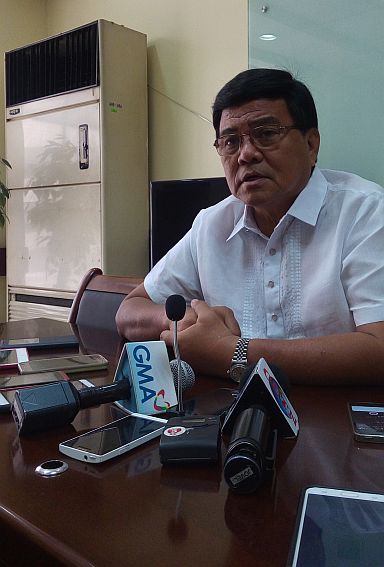 Acting Cebu City Mayor Edgardo Labella admitted he is also alarmed by the spate of killings of drug suspects, saying it is possible that certain elements would take advantage of the current situation.

“There could be others who are not really, who did not do it for the purpose of enforcing and implementing the fight against illegal drugs,” he said.

He said criminal elements or the police could take advantage of the situation, which is why it is necessary for the Commission on Human Rights to really come into the picture.

As he expressed his support over the CHR probe on at least eight cases involving the death of drug suspects, which bore marks of being extra-judicial killings, Labella also said the Office of the Ombudman should also look into possible abuses done by law enforcement agents in the performance of their duties.

“The Ombudsman has the power not just to investigate and prosecute but also to direct officials of government to perform a duty required by law and check abuses in propriety in the performance of their duty,” he added.

He said it is the constitutional mandate of the CHR to look into possible violation of human rights and due process.

“Remember, there are constitutional commissions provided under the 1987 constitution. These are the Commission on Audit (COA), Civil Service Commission (CSC), Office of the Ombudsman and one is CHR. So they really have to do their duty. It is a job to be performed by the CHR,” he said.

This is where the “check and balance” principle should be applied, he added to see if the police or any official for that matter has not overdone killings in violation of human rights and should respect due process of law.

He said CHR does not only consider the rights of the victims but also of the law enforcers.

At the Capitol, Governor Hilario Davide III stressed that vigilante-style killings should be condemned, not condoned.

But he also said that legitimate encounters between the police and drug suspects could justify the killings.

“For example, if there’s a raid and they (suspects) resist, there are rules of engagement. They (police) are entitled to protect themselves from assaults. If they are there for legitimate operations and there are death (sic), that’s justified,” Davide said.

“From the start, even when I was still city councilor, I spoke against vigilante type of killings or extrajudicial killings. I’m against that. I don’t condone that. You take the life of somebody into your own hands. Bati na (That’s not good),” he told reporters.

Provincial Board (PB) Member Sun Shimura, who heads the committee on public safety, peace and order, said police operations can be abused and used to justify summary executions.

The governor, however, said before any operation, the police must have information, surveillance and intelligence reports as basis.

Shimura said due process should be followed.

Shimura also did not discount the possibility that some people may have enemies in the police and could be subjected to illegitimate operations to justify their killings.

“As we see and hear in the news, it hasn’t happened much here compared to other regions and in Manila. But if it happens in Cebu, we will be pushing this, we will do inquiry in dealing against drugs and criminality,” he said.