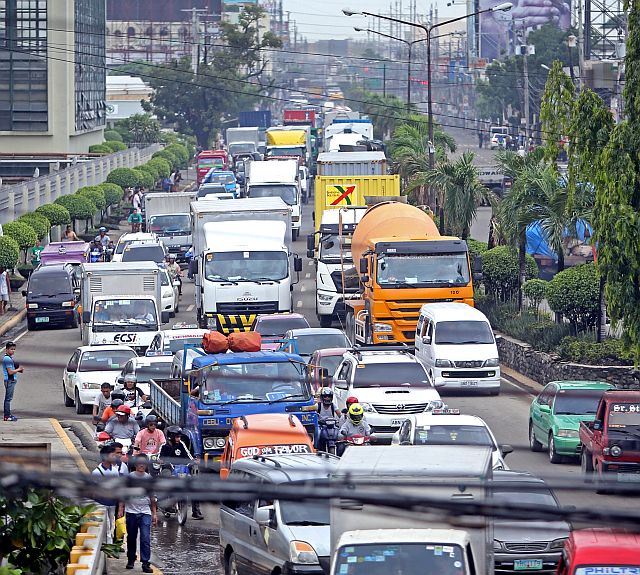 A “No Contact Apprehension” ordinance will soon be implemented in Mandaue City as a way to ease traffic in the city. (CDN FILE)

TRAFFIC violators in Mandaue City will receive their traffic citations through mail or handcarried by traffic enforcers to their homes starting next week when Mayor Luis Quisumbing signs the “No Contact Apprehension” ordinance.

The proposed ordinance, which will identify traffic violators through security cameras installed in road intersections and other strategic locations in the city or in other devices that can capture photos or videos of the traffic violation, was passed on final reading at the Mandaue City Council during last Wednesday’s session.

The traffic citations citing their violations will be sent by mail to the traffic violators’ homes or they will be hand-carried to their homes by traffic enforcers.

According to the ordinance, if the traffic violator refuses to settle the penalty, a complaint will be filed against the violator before the Land Transportation Office-Central Visayas (LTO-7), which would prevent him or her from renewing his or her registration and driver’s license unless he settles traffic penalties.

The vehicle owner would also be given seven days to settle the fine or charges would be filed before the City Fiscal’s office, said Glenn Antigua, Traffic Enforcement Agency of Mandaue (Team) chief, yesterday.

Quisumbing said that this ordinance would help address the traffic problem in the city because traffic enforcers would not have to ask drivers to pull over, especially in busy streets.

According to the Mandaue City Public Information Office, the “No Contact Traffic Apprehension” policy would be first of its kind to be implemented in the Visayas and Mindanao.

Antigua said in a video released by the Mandaue City Public Office’s Facebook page that passenger jeepneys would still be allowed to load and unload passengers on designated jeepney stop bays but not on illegal jeepney terminals.

He encouraged jeepneys to load and unload passengers in legal terminals in the city, which are at the Pacific Mall, JCentre Mall and Parkmall./ USJ-R Intern Rabboni Borbon