Eight killings in one day 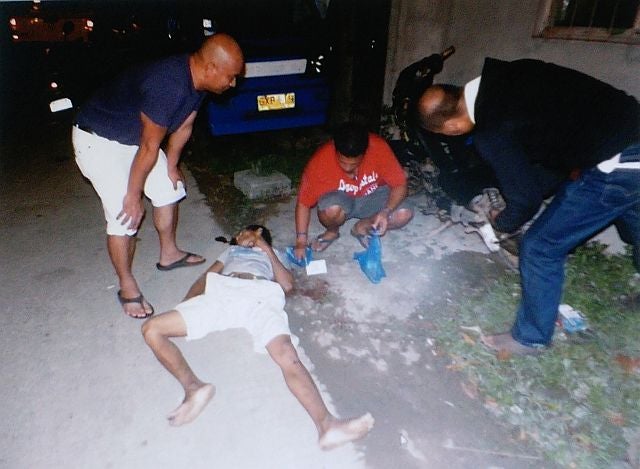 With the daily spate of killings in Cebu alone, yesterday’s count reached eight persons shot dead either by unknown assailants or in an alleged encounter with law enforcement agents.

The victims were all suspected drug personalities, some of them among those who surrendered to the police in line with Oplan Tokhang.

Chrisar Babatid, 27, was drinking with his friends in Barangay Pasil at around midnight when a man on board a motorcycle suddenly appeared and shot him several times.

His relatives said Babatid surrendered last month to the police.

Two hours later, another man was shot by an unidentified gunman in Barangay Duljo-Fatima.

According to PO3 Nicolo Gonzales of the Homicide Division of the Cebu City Police, the victim, Matt Rizon, was also a surrenderer.

In Toledo City, another four persons were gunned down by the police early morning Wednesday.

The victims were allegedly armed and involved in the illegal drug trade. They were identified as Jerome Layan Gara, 49, married, and his alleged cohorts, Renvie Dolino, Lino Marinay and Richard Barbon.

Supt. Samuel Mina of the Toledo City police said Gara was a “level two” drug pusher who could dispose of 50 grams of shabu weekly and was known as a toughie in the area, the reason why his neighbors feared and reported him to the authorities.

Upon learning of his whereabouts, the police hurriedly organized a buy-bust operation.

But when Gara sensed that it was a trap, he pushed the poseur buyer and allegedly pulled out a gun and ran away, but the police were able to shoot them first.

During an earlier Oplan Tokhang operation, Mina said Gara threatened to kill any cop that would interfere in their illegal trade.

This is why Mina put Gara in their priority list of drug personalities.

Police recovered three .38 caliber revolvers and a .45 caliber pistol. The firearms were loaded.

They also recovered shabu worth P500,000 and a weighing scale.

Gara’s relatives expect no justice but just wants to give him a proper burial.

A certain Jiji Codizar of Barangay Cubacub, Mandaue City, sustained multiple gunshot wounds, causing his death after a man wearing a full-faced helmet fired at him and fled on board a red XRM motorcycle, which had no plate. The incident took place at 8:30 p.m.

Earlier at dawn, a certain Jonathan Bentulan of Barangay Ibabao, Cordova, was shot dead by the police for allegedly attempting to fire at them during a buy-bust operation.

Bentulan, also a surrenderer, was pronounced dead upon arrival at the Lapu-Lapu City Hospital.

Records at the Police Regional Office show 66 alleged drug pushers killed in police operations while 28 were gunned down by unknown assailants in only a month, July 1–31, 2016.

Last Tuesday night, another surrenderer was shot by two unidentified gunmen riding a motorcycle as he was playing mahjong with his neighbors. He was identified as Eddie Pangatongan, 50 years old. The incident is under police investigation.

Read Next
Kerwin Espinosa is a native of Cebu City