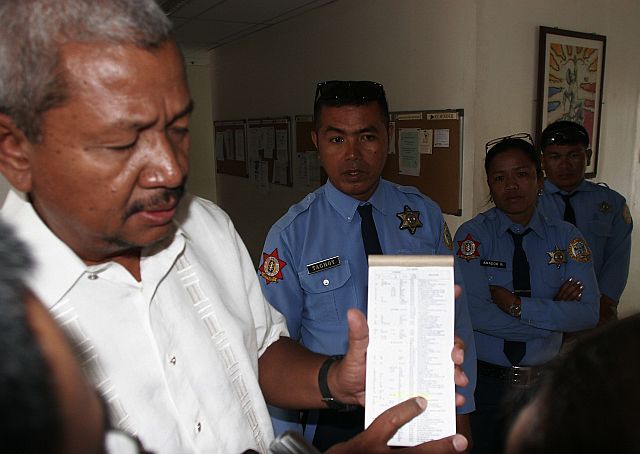 Lapu-Lapu City’s traffic chief Frank Brazil is in stable condition after doctors removed a bullet near his rib cage at a private hospital in Mandaue City last Saturday evening.

The bullet of a .45 pistol pierced his back but hit a rib bone close to his heart, doctors said.

Brazil was shot by a motorcycle-riding assailant just as he was about to board his vehicle in front of their office in Barangay Poblacion.

The Lapu-Lapu City Police Office said they have positively identified the suspect who shot Brazil.

Senior Supt. Rommel Bernardo Cabagnot said the suspect could be a tricycle driver affected by Brazil’s campaign against illegal parking.

Cabagnot said they have a witness to the incident.

He said Brazil already gave statements to the police.

Brazil told the police that he noticed someone sitting beside the road when he was about to board his car.

He said a security camera footage in the area is already in police custody, though he has yet to see it because he was busy supervising the security for the Cobra IronMan event yesterday.

Brazil had just supervised his men who were loading traffic signages for the road closure of yesterday’s Cobra IronMan event and was about to board his car when the unidentified assailant passed by and fired at him several times.

Witnesses said the man boarded an idling motorcycle parked some distance away and sped off.

PO3 Jerson Alparito, homicide investigator, said they are looking at two angles behind the attack.

He said Brazil headed the apprehension of undocumented tricycles and passenger jeepneys within the city which started a couple of weeks ago.

Alparito said they are also looking at traffic enforcers who were dismissed from work after testing positive in random drug tests.

Lapu-Lapu City Mayor Paz Radaza ordered the police to speed up the investigation on the incident in order to arrest the perpetrator.