Loot dismayed over reports linking him to cop’s death 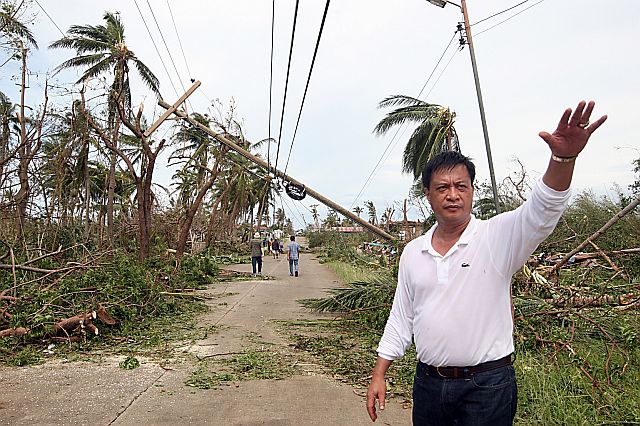 Retired police director and now Daanbantayan Mayor Vicente Loot voiced dismay over reports that linked him to the death of PO2 Ryan Casiban, saying the accusations hurt his family and were not substantiated by evidence.

“My family has been affected and yet they are innocent. I understand that being a recipient of accusations is part of my job. But these are untrue. I should not be made a scapegoat,” he said in a phone interview.

He appealed to the media to be careful in delivering the news to the public as it will ruin the reputation of people who are not even convicted of any crime.

“I would like to remind the media to be factual in giving reports, not based on assumptions, presumptions, and innuendos. Verify your facts. Based your reports on facts. Don’t say anything you don’t see,” he said.

Loot cited an instance when he heard from media reports about the death of PO2 Ryan Casiban.

“The media reported he (Casiban) was tortured and worse stated that the policeman didn’t have any head when his body was found. What was their basis in saying that? Did they see the autopsy report?” he said.

Some news reports and even online posts earlier reported that Casiban’s head was missing when his body was found in Lapu-Lapu City last August 12.

“I’m really disappointed. (Since I was named an alleged drug protector by President Rodrigo Duterte), they (media) let me answer for whatever crime there is. The reports are slanted so that many people will read and listen to the news,” he said.

Loot said people should be wise enough to determine whether news reports are factual or not.

“Don’t judge me based on what’s reported. The facts are not properly presented,” he said.

Supt. Brindo Nacario, CPPO spokesperson, said they didn’t have any evidence yet to prove Loot’s hand in the death of Casiban.

“We could not make any conclusions for now. We’re looking into all possible angles of the case,” he said.