Frustrations boiling over in CIT-U 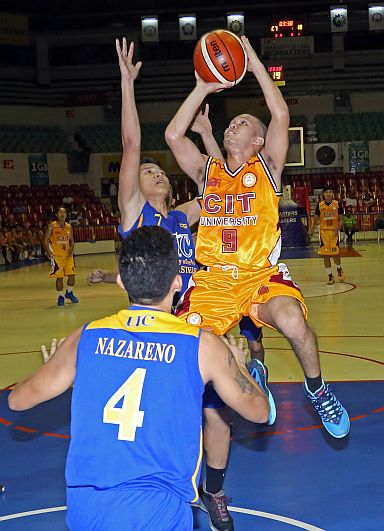 Wilkins Sanchez, point guard of Cebu Institute of Technology-University, has criticized his teammates for “star attitudes” that contributed to the team’s dismal showing in the ongoing Cesafi basketball tournament. (CDN PHOTO/LITO TECSON)

WITH the season steadily going nowhere, the frustration inside the camp of the Cebu Institute of Technology-University (CIT-U) Wildcats is quickly boiling over.

After a promising preseason, the Wildcats have struggled mightily this season, going winless in the first round to lie at the bottom of the heap at 0-6 (win-loss).

“Too many players displaying ‘star’ attitudes. They’re always absent from practice. Sometimes, there will only be nine or 10 of us practicing,” said Sanchez, arguably the fastest guard in the league today who is playing in his final season for the Wildcats.

Sanchez added he isn’t surprised that they have not won a game this season, owing to the fact that some of the players don’t even know what play to run come game time.

“This is the first time in the Cesafi that we have not won a game. Come game time, some of the players don’t even know what the play is. They head straight to the game without attending practice,” relayed Sanchez.

Sanchez divulged that some players go as long as three days without attending practices. Though he mentioned several names to this writer, he cautioned against throwing them under the bus, and instead appealed to them to take advantage of the opportunity that is being given to them to represent the school in the Cesafi.

“There are a lot of players who want to play for the varsity team but these slots were given to them because of their talent and potential. Instead, with this kind of attitude, we’re not going anywhere in the game since they don’t know where to run to or where their positions are since they’re not at practice. And if they’re at practice, they’re always playing around,” quipped Sanchez.

Reached for comment, CIT-U athletic director Alex dela Torre said that they will have to implement a stronger system in place to teach the players the value of discipline.

He also appealed to supporters of the team for patience since this is only head coach’s Bembem Alcaraz’s first season as full-time bench tactician after taking over for Gilbert Demape.

“This is a learning process for everyone, for Bembem, for the players and for me as well.”