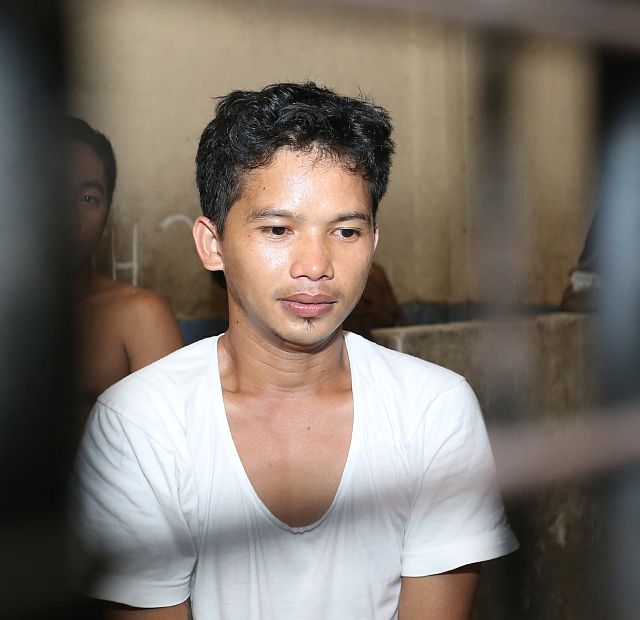 IT was supposed to be Ismael Momo’s first day at work in a university along Sanciangko Street, Cebu City.

Instead Momo, a 29-year-old painter residing in Barangay Guadalupe, also in Cebu City, was arrested by police for allegedly making a bomb joke.

Momo presented his backpack for inspection at the entrance of the University of San Carlos–Main Campus and reportedly told the security guard that it contained a bomb.

He was immediately taken into custody by the guard who called the assistance of the police, said PO2 Edadis Bustarde of the Parian police precinct. It was supposedly Momo’s first day of work.

Bustarde said they are waiting for the security management of USC to pursue the charges against Momo.

“If they won’t file any case, then we will be forced to release the suspect. Without the school’s cooperation, the case is weak and won’t likely prosper,” he said.

Momo admitted making a bomb joke but said he didn’t know it was prohibited by law.

Momo is the sixth person to be taken into custody for allegedly making bomb jokes in Cebu City since Sept. 9.

Last Sept. 14, a 15-year-old student was also taken into custody by security officers of Ayala Center Cebu for allegedly dropping a bomb joke.

The boy, however, was later released by the management of Ayala Center Cebu.

Last Sept. 15, Janelle Camacho was arrested for making a bomb joke at Gaisano Capital South along Colon Street at 10 a.m.

Presidential Decree (PD) 1727 declares as unlawful the malicious dissemination of false information and willful threat concerning bombs, explosives or any similar device, through word of mouth, use of mail, telephone, telegraph, printed materials and other means of communication.

Read Next
CCPC to local gov’t units: Have speedy system to release info