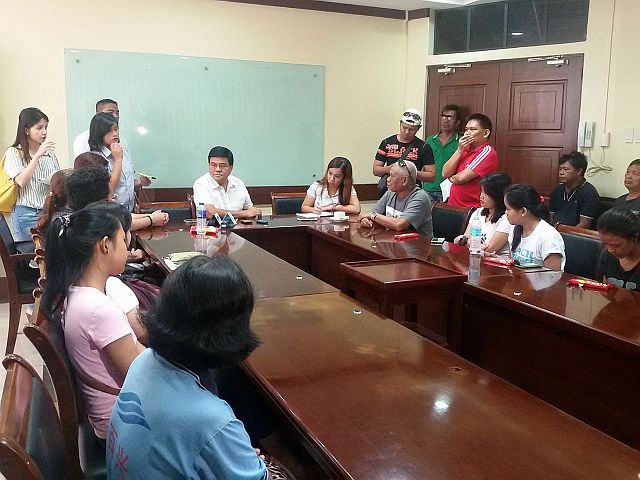 The students claimed that their gate passes were taken by the guard. Ricardo Cabrera, a BS Criminology student said he was told there will be a change of IDs.

Some of the students also claimed that they were not allowed to enter unless they can provide an endorsement.

When they asked for an endorsement from their barangay officials, they said it was unacceptable and that they should be asking endorsements from people identified with the Bando Osmeña-Pundok Kauswagan (BO-PK).

Asked why is there a need for endorsements, Mayor Osmeña said, “Why not? That is a city’s property.” But Labella said the students should be given consideration.
meron pa sir