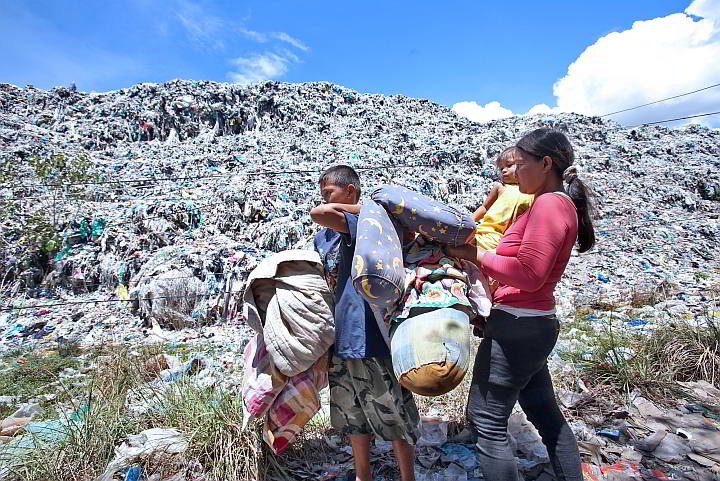 Finding the petition filed by Councilor Joel Garganera for the issuance of a Writ of Kalikasan sufficient in form and substance, the Court of Appeals (CA) issued the writ against Cebu City Mayor Tomas Osmeña and two other officials over the city’s continued operation of the Inayawan landfill.

But the Court said that the granting of a Temporary Environmental Protection Order (TEPO) was premature at this initial stage “with only the petitioner’s documentary evidence as basis.”

The application for issuance of a TEPO will be decided after a summary hearing today.

“The Court’s viewpoint on this issue is also impelled by the concern that any precipitate issuance of a TEPO would have far-reaching consequences on the collection of garbage in the entire city. It would certainly be counter-productive if by issuing a TEPO to close the Inayawan landfill, it would then be the whole of Cebu City that would suffer as a result due to the lack of an alternative solution to the waste disposal problem,” the CA resolution penned by Associate Justice Edgardo Delos Santos read.

According to environmental lawyer Ben Cabrido, this is the first Writ of Kalikasan issued in Cebu.

The Rules of Procedure for Environmental Cases provides that it is discretionary on the Court to issue a 72-hour TEPO.

Whether or not the court issues a TEPO, the court will still resolve the merits of the petition.

According to Retired Judge Meinrado Paredes, a TEPO is a provisional remedy, which can be prayed for while the petition is being resolved. As a general rule, he said, no trial-type hearings are done. It is usually through oral arguments and position papers.

Also named respondents in the petition filed by Garganera are Engr. William P. Cuñado in his capacity as officer-in-charge of the Environmental Management Bureau (EMB-7) and Emma Melana, regional director of the Department of Environment and Natural Resources (DENR-7), representing the DENR secretary.

The court required the respondents to file a verified return (answer) within 10 days after service of the writ.

According to Cabrido, a petition for a Writ of Kalikasan is an “extraordinary remedy” that can only be filed before the Court of Appeals or the Supreme Court, which have concurrent jurisdiction.

The writ pertains to environment-related activities that threaten to damage human life and health and cause serious damage to the environment and are of such magnitude as to involve at least two cities or municipalities.

The action is based on Article 11, Section 16 of the 1987 Constitution which provides: “The State shall protect and advance the right of the people to a balanced and healthful ecology in accord with the rhythm and harmony of nature.”

Copies of the CA resolution were distributed by Garganera to reporters yesterday.

He said he hopes that the court would be the one to convince Mayor Osmeña against the continued operation of the landfill.

“At the very least, I’m happy that the court has taken cognizance of our petition. Hopefully, we can hear the side of the city and the other respondents (on why they still operate the landfill),” he said.

Garganera pointed out that he filed the petition as a last resort since Osmeña continued to operate the landfill despite recommendations from government agencies against it.

The Department of Health (DOH) had already recommended that the city stop using the landfill because no matter what improvements they make, the 17-year-old landfill has already outlived its purpose and posed health risks to nearby residents.

On the other hand, the DENR and the EMB cited several violations of the environmental code with the operation of the landfill. The city, however, through the efforts of its environmental consultant Nida Cabrera, has been making efforts at correcting the violations raised.

“There are findings. These are not our own findings,” Garganera said.

Meanwhile, City Legal Officer Joseph Bernaldez refused to comment on the granting of the writ.

He told reporters to just wait for today’s hearing as to the city’s side and its explanations on the issue.

Asked if he thought that the granting of the writ would bolster the possibility of the CA granting the TEPO, Bernaldez said, “Sorry, it’s sub judice. I cannot comment on that.”

In his petition, Garganera said the reopening and continued operation of the Inayawan landfill caused serious environmental damage which affects residents in both the cities of Cebu and Talisay.

He attached affidavits of 15 residents from both Cebu City and Talisay City who have experienced the inconvenience of foul odor and flies brought about by the landfill.

Other documents included city council discussions on the issue, news articles about the landfill, the notice of violations from the DENR and EMB, and the DOH inspection report and recommendation.

The CA said Garganera’s petition complied with all the requirements for the issuance of the Writ of Kalikasan.

Cabrera, who is currently a consultant for the Cebu City Environment and Natural Resources Office (CENRO), said she will attend today’s hearing and is ready to present their side on the issue.

She said the city is already looking for alternative sites where the city can dump its garbage including sites in Sibonga, Aloguinsan and Minglanilla.

“But these areas are still subject to development. These areas cannot immediately respond to our need,” she said.

In the meantime, she said the city will continue to address the violations and concerns raised by the EMB so that they can continue using the landfill.

Osmeña earlier insisted on using the Inayawan landfill, saying he did not want to go back to the private landfill in Consolacion which charges the city P700 per ton of waste as tipping fee. He also said the city doesn’t have a binding contract with the facility.

If forced to stop using the Inayawan landfill, the mayor earlier threatened to dump the city’s wastes in the South Road Properties (SRP), at the Malacañang sa Sugbo or in front of City Hall’s legislative building.