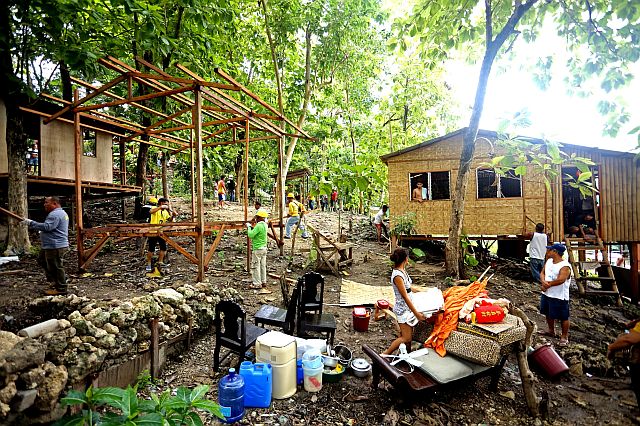 Settlers of the Osmeña Shrine in Barangay Kalunasan asked Cebu City Mayor Tomas Osmeña to provide them with a relocation site after their houses were demolished last Tuesday.

“We are requesting Mayor Tom to put us somewhere and not just kick us out. If the lot won’t be given to us, at least give us a relocation site,” said Randy Sabucido, vice president of the Association of Peoples Initiatives Homeowners.

Some of the 300 settlers of the area went to City Hall where they met Vice Mayor Edgardo Labella and Councilors Jose Daluz III and Pastor Alcover Jr. yesterday morning.

During their meeting, Labella advised the settlers to seek legal assistance.

“If they think there is a violation, let them file the necessary action. But we can’t help them with that because it would be a conflict of interest since we’re part of the city,” he said.

Labella and Daluz also told the residents to contact the Evangelical Christian Coalition of Cebu Inc. (ECCCI) which is said to be the current owner of the property after it was donated by the city to them in 2010.

Daluz, who heads the council’s committee on housing, said the city donated the property to ECCCI to develop the area into a cemetery, a project which didn’t push through due to opposition from nearby residents.

He said since the original purpose of the donation was not accomplished, the city can try and take back the property.

“That’s why I told them frankly that they also don’t have a right to stay there. But they should just ask for proper relocation. The city is also right in not allowing settlers there, but the manner should be proper,” Daluz said.

The settlers said they have no choice but to try and look for other areas where they can live like renting out spaces. City Hall is expected to complete its demolition of shanties this week.

The demolition team started dismantling some of the houses last Tuesday morning but had to pull out at noon after Cebu City Councilor Pastor Alcover Jr. questioned the demolition.

Alcover, a member of the city council’s committee on housing, said that the demolition being implemented by Probe was illegal since they only had a clearing order from the mayor.