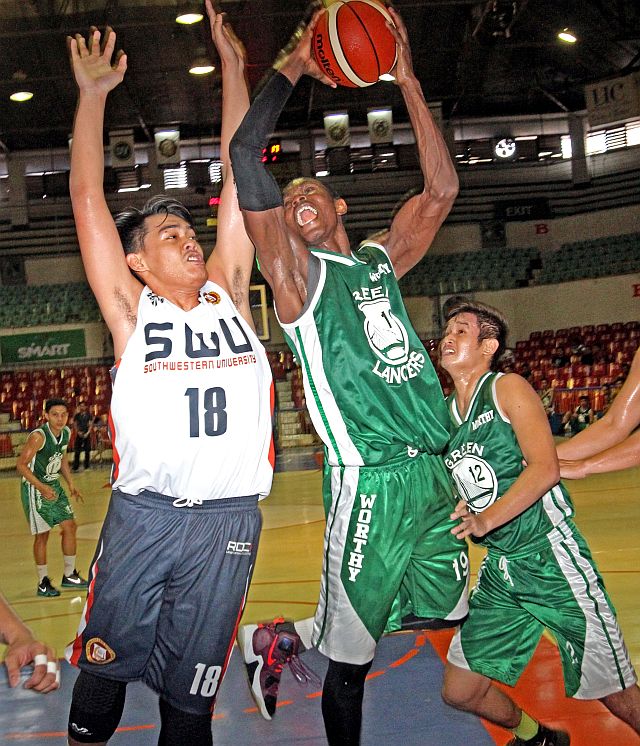 It will be judgment day today for the remaining squads in the collegiate division as the semifinals of the 16th Cesafi men’s basketball tournament wraps up at the Cebu Coliseum.

Intrigue and drama aplenty will be served up as the combatants of the best-of-five championship series, which begins this Saturday, have yet to be determined.

First up at 5 p.m. will be the tiff between the defending champions University of San Carlos (USC) Warriors and the University of the Visayas (UV) Green Lancers.

That will be followed by the game between the Southwestern University-Phinma (SWU-Phinma) Cobras and the University of San Jose-Recoletos (USJ-R) Jaguars.

The Green Lancers currently lead the pack at 2–0 (win-loss) while the Warriors and the Cobras are tied at 1–1. The Jaguars remain winless in two tries. The top two finishers at the end of the round-robin semis will advance to the title round.

USC head coach Rommel Rasmo said in a talk with Cebu Daily News that he has implored his squad to drown out all the surrounding chatter and focus on the merits that have gotten them this far, despite missing the core that won the Warriors the crown last year.

“I just told the players to play defense and do what they’re supposed to do. UV has pride, and I expect them to go all-out to get the win. No team wants to go to the championship coming off a loss. Siyempre, they want to have momentum going to the finals,” said Rasmo, whose wards are balancing preparing for this all-important game and their final exams for this semester.

Meanwhile in the second game, the Cobras, whose dreams of making it to the finals after a 13–0 start to this season no longer lie in their hands, will try to make do with what they can control when they lock horns against a Jaguars side that finally got some much-needed rest after competing for four straight days last week.

“We have to win tomorrow’s (today) game against USJ-R. What will happen after that is beyond our control,” said SWU head coach Yayoy Alcoseba.

His USJ-R counterpart, Jun Noel, on the other hand, said that his wards were “all systems go” after he gave them some time off to get some rest and focus on their examinations.