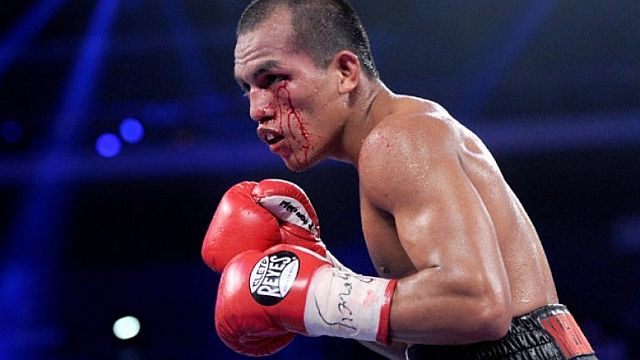 Fresh from a successful boxing promotion in the US last September, ALA Promotions International returns to its home base to treat Cebuano boxing fans with a stacked up fight card for the 39th edition of Pinoy Pride Boxing Series scheduled on Nov. 26 at the Cebu Coliseum.

Melindo has been longing for this fight after his scheduled rematch with tormentor Javier Mendoza of Mexico last May was cancelled when the latter backed out due to injury.

Melindo instead fought another Mexican as Mendoza’s replacement and scored technical decision win against Maximo Mendoza in Bacolod City last May.

After that fight, Melindo was pencilled to face Japanese Akira Yaegashi for the IBF world junior flyweight championship but ALA Promotions intead decided to pit him against Sakkreerin Jr. who is the reigning IBF Pan Pacific light flyweight champion.

Melindo has just started his grueling training camp for this fight, his third attempt to annex a world title.

Meanwhile, fighting in the undercard is the comebacking “Prince” Albert Pagara (26-1,18KOs ) who recently lost to Cesar Juarez of Mexico via knockout for the WBO Inter-continental super bantamweight title in San Mateo, California USA last July. He will be joined by his older brother, Jason “El Niño” Pagara (39-2, 24KOs).