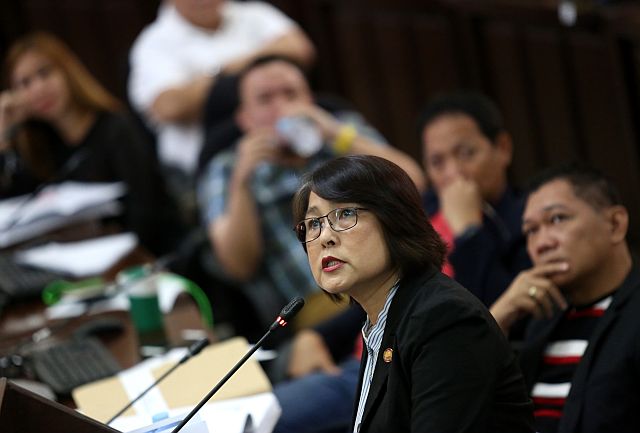 At least two Cebu City councilors were not convinced of the capability of the City Treasurer’s Office to meet its tax collection target next year.

In yesterday’s resumption of the council’s hearing for next year’s P7.2 billion budget, City Treasurer Tessie Camarillo admitted that her office is unable to meet their tax collection targets last year and this year.

The city collected P745 million of its targeted P1.2 billion in real property taxes so far this year.

“It seems to me that you are overstating your targets. If you look at your income target in 2015 and to your actual income in 2015, you never met your targets,” Councilor Alvin Garcia said.

But Camarillo said the CTO has some plans and programs in order to achieve their target.

She said they will be implementing their Task Force Tax Declaration in which they will reconcile real property records, including dormant ones.

They also plan to conduct tax mapping of business establishments which will include identifying unregistered taxpayers and those operating without business permits.

Camarillo said P600 million of the P1.6 billion they expect to collect on real property taxes next year will come from interest penalties from delinquent real property owners.

But Councilor Joy Pesquera, who heads the council’s committee on budget and finance, said it would be difficult for the city to go after delinquent tax payers.

Read Next
Police to cemetery goers: Be security conscious