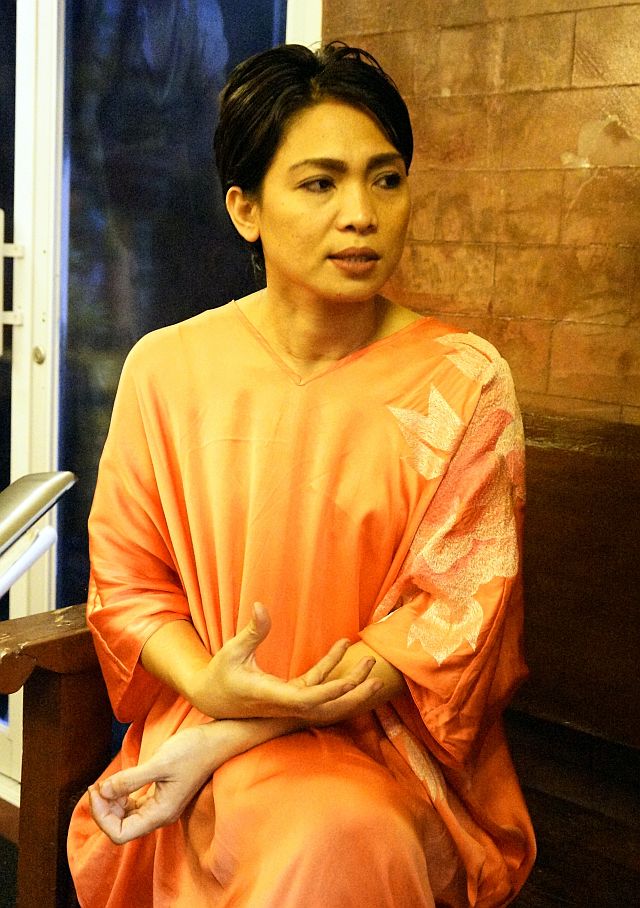 Raquel Choa, Rafle Gourmet founder, (left photo) gives an upbeat picture of her firm’s plans which include the opening of more chocolate cafes and a training school for aspiring gourmet chefs. At right, Choa shows visitors how to make chocolate out of cacao seeds in her house in Casa de Cacao at Casals Village, Barangay Mabolo, Cebu City (CDN PHOTOS/CHRISTIAN MANINGO).

Racquel T. Choa, founder of Rafle Gourmet Inc. and The Chocolate Chamber, announced yesterday that they would not only open another chocolate cafe in Cebu City, but would also launch their expansion in Metro Manila before the year would end.

On November 9, Choa said they would open their first outlet outside of Cebu City, in Chef Jessie Rockwell Club in Rockwell Center, Makati City.

In an interview yesterday with Cebu Daily News, she also said that she partnered with renowned pastry chef Jessie Sincioco to bring her artisan and gourmet chocolate treats to the people in Metro Manila.

The opening’s highlight will be The Chocolate Chamber’s cacao de bola, the chocolate equivalent of Europe’s queso de bola, which is made from pure, Balamban-bred cacao seeds.

“Chef Jessie (Sincioco) and I agreed to have this joint venture because both of us share the same love for creating pastries,” added Choa in Cebuano.

Choa, 40, also said that after discovering 60 percent of her buyers and orders came from Metro Manila since the company started, she and her business partner planned to establish an outlet in the capital.

“And I also want to share with the people in Manila my advocacy of creating chocolate gourmets, and the health benefits they can get from cacao. And these treats will be made readily available for them,” Choa said.

The brand ambassadress for Philippine Daily Inquirer, Choa clarified, however, that their expansion plans outside of Cebu City “are very limited and will just focus to one outlet only.”

Before the year ends, Choa’s business partner Edu Pantino announced yesterday that they would be unveiling Rafle Gourmet Inc.’s second retail outlet at Cebu IT Park in Barangay Apas, Cebu City in the first week of December.

“It also came to our attention that while we are elevating Cebu’s tablea and chocolates, we can also create equally delicious treats for the middle-class market,” he said.

Choa also said that the creation of El Chocolate Tavern is her way to spread the “art and importance” of Cebu’s homegrown chocolate industry, especially to the younger generations.

“In my observation, most of the employees in call center companies are millennials. The creation of chocolates from pure cacao beans, sikwate and tablea are things of the past. And for these young people, these millennials, they appear as something foreign. They miss out on the fact that cacao beans actually contain antioxidants, and tablea drinks are great mood stabilizers while they work,” she said.

Aside from the expansion plans, Choa also said that her company had already started to establish a training school for aspiring young gourmet chefs, who wanted to learn creating artisan cacao products.

The culinary school is set to open next year at the Casa de Cacao, Casals Village in Barangay Mabolo, Cebu City, which is the house where she started her first boutique chocolate cafe, The Chocolate Chamber.