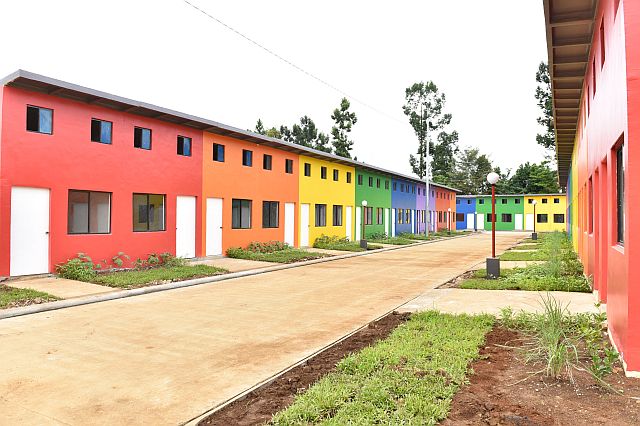 SM Cares turned over 200 houses to the typhoon Yolanda survivors in Ormoc City on October 29.

The 1.5-hectare SM Cares Village is located in Barangay Catmon, Ormoc City. The village was constructed in partnership with the family of former mayor Eduard and Engr. Violeta Codilla, and the Roman Catholic Archdiocese of Palo.

The 200 houses in Ormoc City completed the 1,000 houses committed by SM Foundation through the SM Cares division, after typhoon Yolanda hit some parts of the Visayas in 2013.

SM Cares, a division of SM Foundation and the corporate social responsibility arm of SM Prime Holdings Inc., launched the housing project shortly after the onslaught of super typhoon Yolanda to give permanent and disaster-resilient houses to survivors of the typhoon in the Visayas region.

The project is fully privately funded, with donations coming from the SM group, its business partners, tenants, suppliers and employees.

The houses were awarded to the chosen beneficiaries for free.

Aside from the houses, the SM Cares Village also has amenities such as street lamps, sewage treatment plant, materials recovery facility, rain-catchment system and provisions for water and electricity.

Eduard Codilla, former mayor of Ormoc City, for his part told the beneficiaries to always thank God and share His blessings. “The good Lord shared His graces to our family, and with open heart, we also shared it to you, so share in God’s love.”

The city government of Ormoc also thanked the SM group for helping and not forgetting their constituents through the SM Cares Village project.

Palo Archbishop John Du in his message, encouraged the beneficiaries to remain humble and help one another in their new community.