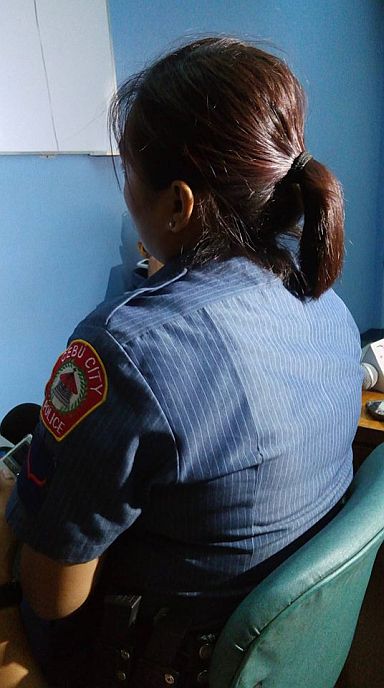 A 53-YEAR-OLD policeman is in hot water for allegedly making sexual advances to a policewoman in one of the police stations in Cebu City.

The Investigation and Detection Management Branch (IDMB) of the Cebu City Police Office found sufficient basis to file charges of grave misconduct against the policeman at the Regional Internal Affairs Service, which has the authority to impose penalties against uniformed officers.

“There is a possibility that he will be dismissed from service,” said Supt. Ryan Devaras, chief of the IDMB.
The IDMB chief requested not to release the names of the respondent pending the resolution of the case.

Devaras said the respondent, who denied the accusations against him, was relieved from his post and was directed to report to the Personnel Holding and Accounting Unit.

The 26-year-old policewoman claimed that she was inside the administrative office of the Waterfront Police Station around 5 p.m. last Nov. 4 when the respondent suddenly approached her, groped her legs and said, “Maghikap-hikap lang gud ta kay kita ra man duha diri (Let us just touch each other since we are the only ones here).”

The complainant said she told the senior police officer not to touch her.

Fortunately, another policeman outside the station called the respondent, prompting the latter to leave the room.

Although she was trembling in fear, the complainant said she immediately ran outside the room.

“He trampled on my dignity. If I won’t sue him, he won’t stop harassing me,” she said in Cebuano.

Not the first time

The complainant claimed that it was not the first time the respondent asked for sexual favors from her.

Last September, she said the respondent uttered lewd remarks intended for her, and last February, the policeman also kissed her.

“Sa una naghilom-hilom lang ko kay ni-respetar ko niya isip akong senior. Pero dili na nako madawat ang iyang mga gipangbuhat nako (I used to be silent about it because I respect him as my senior officer. But I could not tolerate his actions any longer),” said the complainant who has been a police officer for five years.

At present, the complainant has a relationship with another policeman. They have a year-old son. The respondent, on the other hand, is a married person.

Read Next
Macato: No riot in provincial jail