1K minors into drugs in Cebu 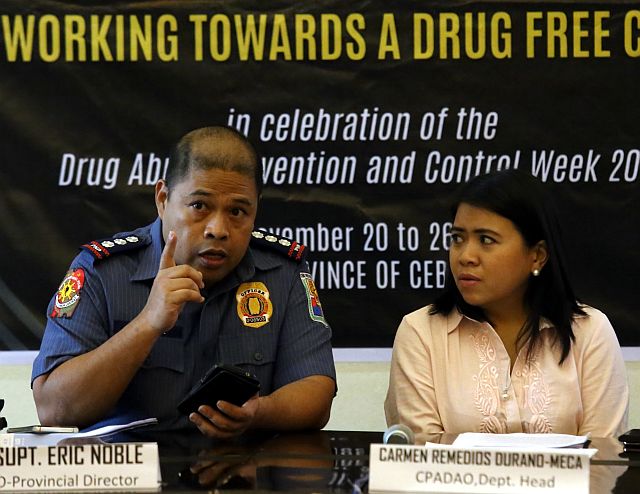 With more than 1,000 minors or children being involved in illegal drugs in Cebu province, the provincial government’s anti-drug abuse office is implementing programs and projects to help students including out-of-school youths to keep away from drugs.

In the records of CPADAO from July 1 to 31, it only had about 600 surrenderers, who are minors.

Their records also showed that the youngest surrenderer was nine years old while those whose ages are 14 to 22 were more vulnerable to illegal drug use, as teenagers were more adventurous and exploratory.

Durano-Meca said that they would closely coordinate with the Provincial Social Welfare and Development Office (PSWDO) and tapping the help of Philippine Pediatrics Association (PPA) for their programs for the minors.

She said that the programs they would implement would include activities like fun runs, symposiums, seminars for youth, family intervention and livelihood projects.

She said that the CPADAO would launch these projects during the Drug Abuse Prevention and Control Week from Nov. 20 to Nov. 26.

“For now, there is a discussion together with PSWDO in regards to calling up all the parents of these surrenderers, specifically for the minors, to put them in one gathering, and perhaps we will be able to address the family issues of these minors,” Durano-Meca said.

She said that they have plans up to the point where they need the coordination of Cebu Provincial Police Office (CPPO) with regards to the data to what certain barangays have minors involved with illegal drugs.

She said that more basic projects would be focused on the youth both in school and out-of-school youths, which would strengthen the values and linkages between the parents, teachers, schools and the children.

These projects would include the Linking of the Interest of the Families and Teachers (Lift) and the School Based Education Enhances Knowledge for Drug Abuse Prevention.