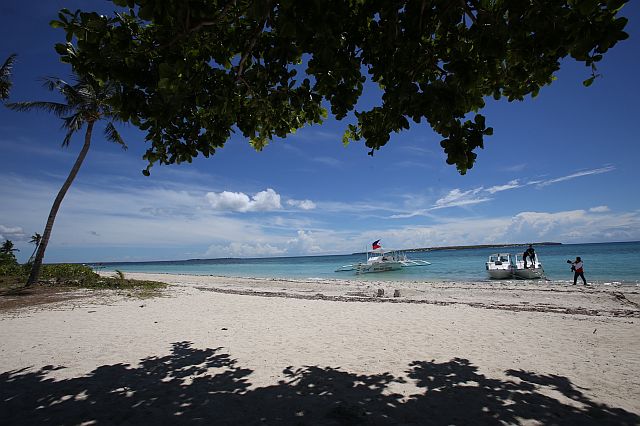 A view of the Visayan Sea from the coastline off Sea Camp, Sta. Fe, Bantayan Island on the northern tip of Cebu Island. (CDN FILE PHOTO).

It’s a close season for fishing again in the Visayan Sea.

Allan Poquita, assistant regional director of the Bureau of Fisheries and Aquatic Resources in Central Visayas (BFAR-7), announced yesterday during the 888 News Forum at Marco Polo Hotel that the annual ban on the fishing of sardines, herrings and mackerel at the Visayan Sea that began last Nov. 15 will last until Feb. 15, 2017.

“This will be season when sardines, herrings and mackerels spawn,” Poquita told reporters.

The Visayan Sea is where these kinds of fish species lay their eggs and the area where juvenile fishes are spotted.

“This is also the time for the recovery of fish population,” Poquita added to explain the fishing ban.

However, the close fishing season will not affect small fishermen since only commercial fishers are disallowed from fishing in the area, Poquita clarified.

“Those small fishermen using fish nets and fishing line are still allowed to fish within the Visayan Sea. It’s only the commercial fishers that are not allowed because they catch bigger volumes compared to small fishermen,” he told Cebu Daily News in a separate interview. Commercial fishers are those using vessels that weigh three gross tons above.

“There’s no problem in terms of supply of fish in the market. There are no reports (of fish shortage) that were received since this law was implemented in 1993. After the close season, the fishermen even noticed that they have more catch compared to the previous months,” Poquita said.

During the close season, government sea watchmen and volunteers from four regions – Central Visayas, Western Visayas, Eastern Visayas and Bicol – assist each other in ensuring that the fishing ban is not violated, he said.

“They (violators) will also be charged for unauthorized fishing,” Poquita said. The offender will be punished with confiscation of catch and gear. Administrative fines ranges from P100,000 to P500,000. If convicted, the offender will be punished with six months imprisonment to six years, confiscation of gear and fine twice the amount of the administrative fine and the cancellation of license or permit.