‘Skin and bones’ budget for city cut down to P6.1B 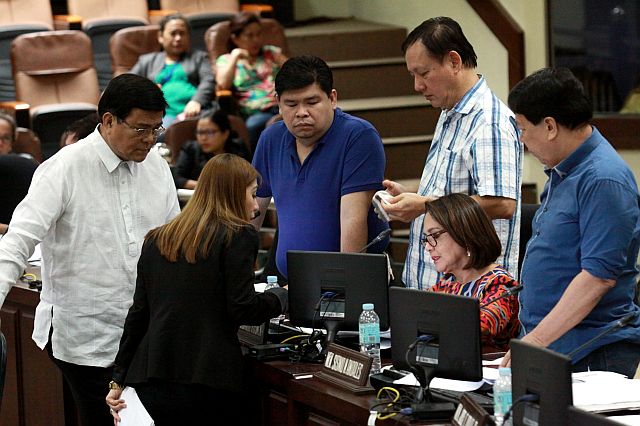 The “skin and bones” budget of P7.2 billion proposed by Cebu City Mayor Tomas Osmeña for next year was skinned and deboned further to P6.1 billion by the Team Rama bloc in the Cebu City Council.

During yesterday’s special session, the Cebu City Council approved the committee report of the budget and finance committee on budget which listed and explained the cuts in the budget proposed by the mayor.

Items that were reduced include the hiring of job order workers for the long life medical assistance program from the proposed P132 million to P103 million and the rehabilitation and closure of the landfill from P600 million to P85 million.

The committee chaired by Councilor Jocelyn Pesquera reduced to P50 million the P102 million proposal to rent 12 dump trucks for the city’s garbage collection and the anti-drug campaign program from P50 million to P5 million.

They said the P102 million is more than enough to buy 12 brand new dump trucks for the city.

“The rehabilitation and closure of the landfill was not covered by a program of works and estimates (for use of the P600 million),” the report said.

Approval of the budget ordinance for next year was deferred until the council’s regular session next week after some typographical errors on the document were found during the discussions.

Pesquera said they reduced the budget based on the statements of City Treasurer Tessie Camarillo who admitted during the budget hearings that her office can only achieve 80 percent of their target collections for next year.

Based on the reduced budget, which is yet to be approved, the committee has reduced several items to P1.

These items include the P30 million proposal for the garnishment of the Roque Ting property which was earlier ordered by the Supreme Court; payment for the Iglesia Ni Cristo wall which will be affected by a road widening project (originally P33 million); food expenses for the Cebu City Jail (P22.6 million); office and communication equipment for the peace and order program (P20 million); supplies and materials for the Inayawan landfill (P10 million); and the construction of a fence at the Osmeña Shrine (P15 million).

Based on the original budget proposal, the city treasurer targeted a revenue collection of P7 billion next year.