Hauling of garbage out of SRP delayed 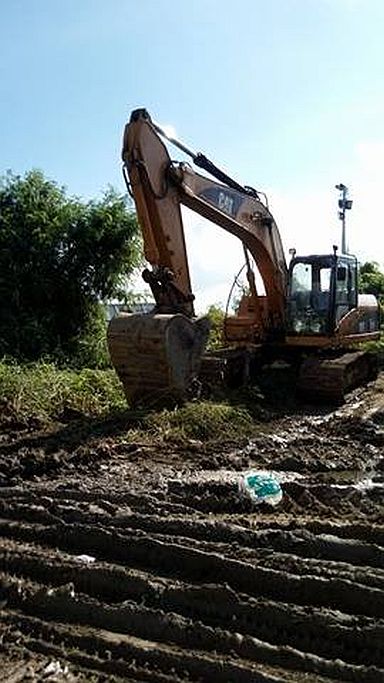 A backhoe owned and operated by Jomara Konstruct Corporation, the private service provider now tasked to clear the garbage out of the SRP within 4 days, sits at the entrance of the SRP temporary transfer station. (CDN PHOTO/MOREXETTE ERRAM)

At least 20 dump trucks of the Jomara Konstruct Corporation (formerly reported as Jomara Services), which was committed to be delivered from Surigao Province, has not arrived as of 9:30 a.m. on Wednesday.

The dumptrucks were expected to start hauling the garbage out of the temporary transfer station at the South Road Properties (SRP) early morning on Wednesday and dispose them to a dumping area in Compostela town.

Cebu City Department of Public Service (DPS) Chief Roberto Cabarrubias, in a press conference, told members of the media that they still don’t know the reason behind the delay.

He said their office is now contacting Jomara Konstruct Corporation to know the reason of the delay.

The said private hauler has set a December 31 deadline to clear out all 5,000 tons of garbage left in the SRP temporary transfer station.

Once the hauling operations start, the trucks will have to ply around 35 kilometers of concrete road from SRP to Compostela for approximately two and a half hours.

Cabarrubias said each truck has a carrying capacity of of 10 tons and could make at least 17 trips in one day to and from the dump site in Compostela.